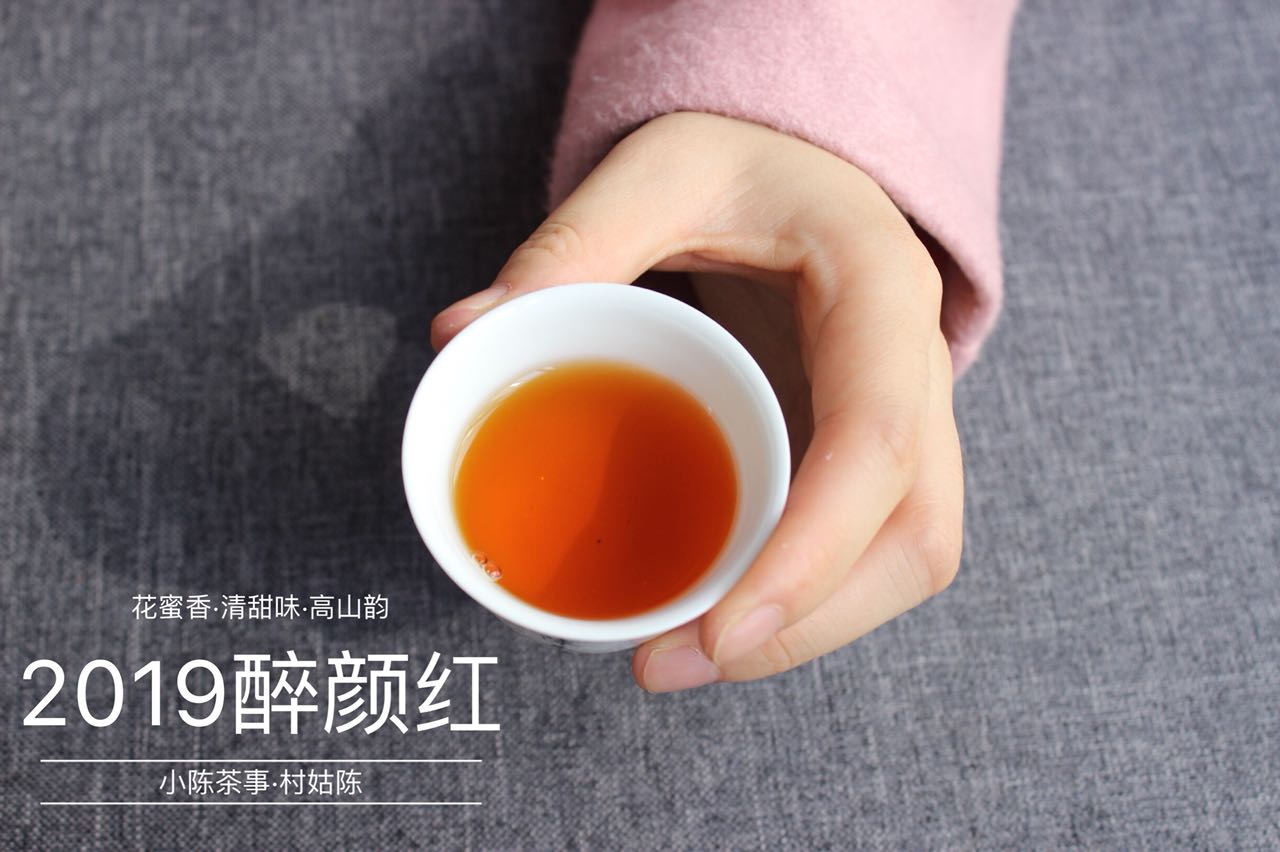 “On the banyan tree by the pond, Zhidao is calling out summer.”

In June and July, the heat between the heavens and the earth erupts, the sun is like fire, and the weather is hot.

The sound of cicadas is annoying.

When it comes to spending the summer comfortably and doing a good job in summer health, many friends are most worried about getting angry. 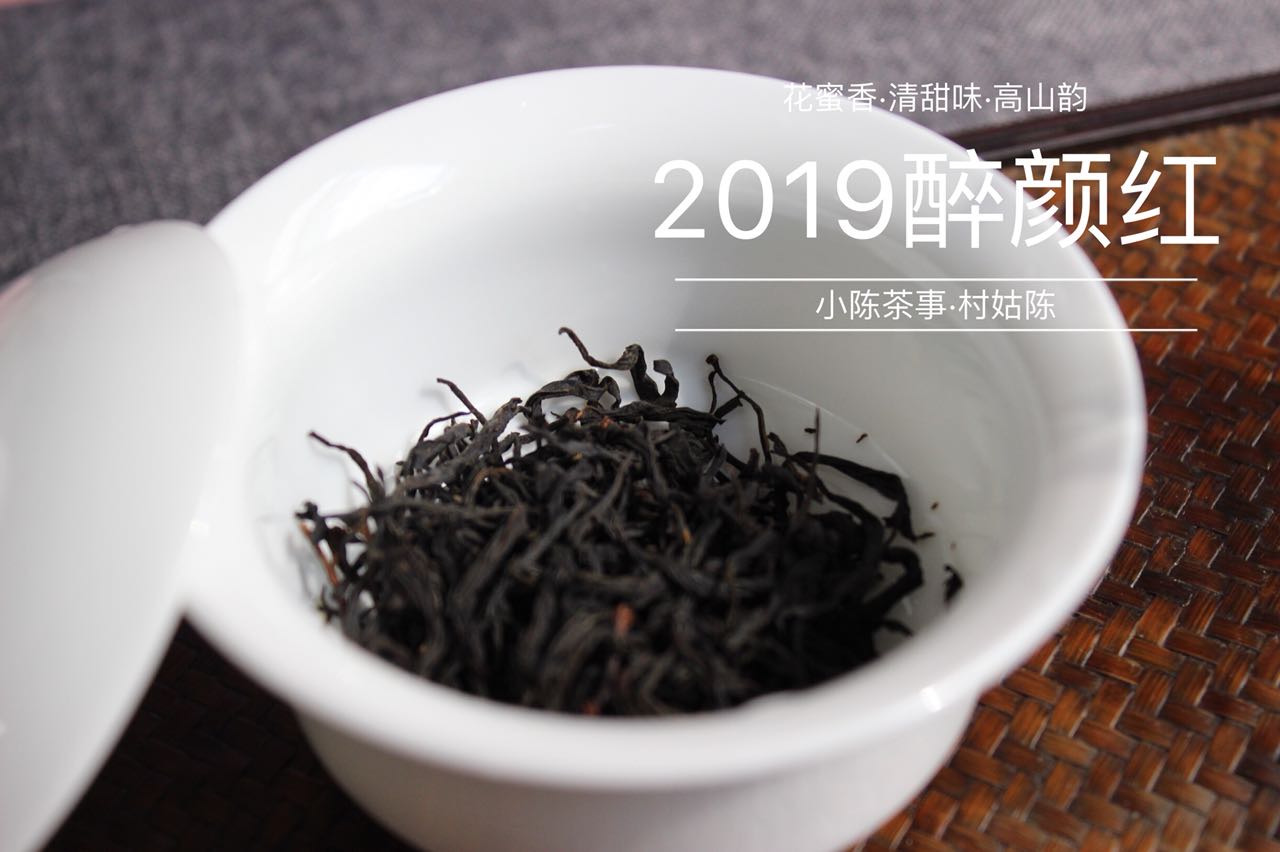 If you are not careful, there will be various symptoms, such as red eyes, dry throat, dry mouth, hot nose, swollen gums, etc.

So, what should I do if I am afraid of getting angry in summer?

Many people think that summer is easy to get angry because the weather is too hot, and it is necessary to eat more cool and fire-fighting foods in the diet.

For example, when it comes to drinking tea, many tea lovers drink tea in summer, and often prefer to drink fresh and refreshing green tea, new white tea, etc.

What about black tea?

Is this really the case? Below is a good analysis. 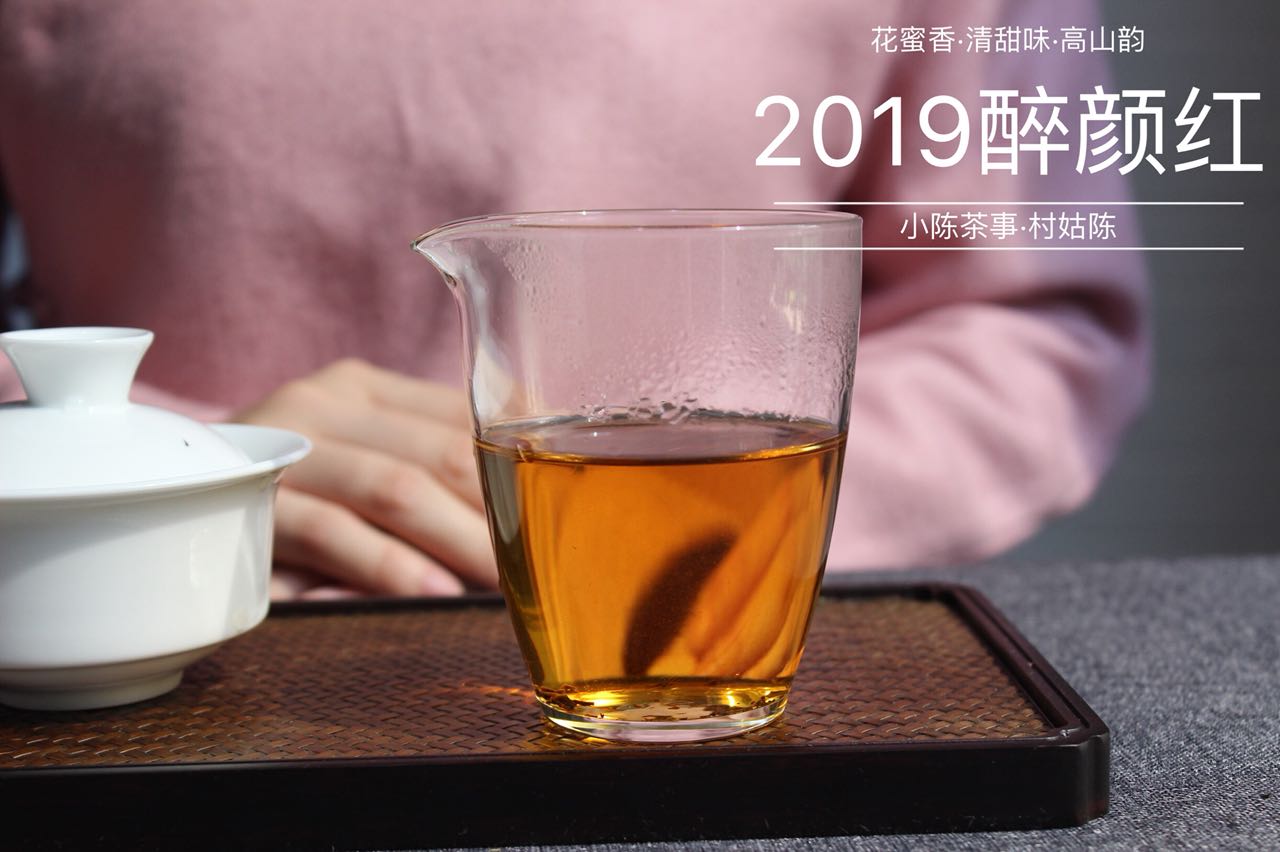 Black tea is warm but not dry, suitable for health care in all seasons!

Drink black tea, will it get hot?

At first, I was puzzled by this question.

Black tea is obviously warm but not dry. It is suitable for drinking tea all year round. How can anyone feel that drinking black tea gets angry?

With this doubt, I asked the relatives and friends around me who were drinking tea.

Here, Big Brother Zhang said, “Drinking black tea in summer is totally fine. I drink all kinds of tea, and I have never had a problem with getting angry.”

Aunt Wang replied, “Isn’t it true that it is red in winter and green in summer? In summer, drinking green tea with a cooler taste is more refreshing, and black tea is too hot.”

Finally, Uncle Zhao mentioned that “drinking tea is a treasure, no matter whether it is black tea, green tea,white tea, as long as it is comfortable to drink, it is a good tea. “

At first glance, these replies from different angles seem to be correct. 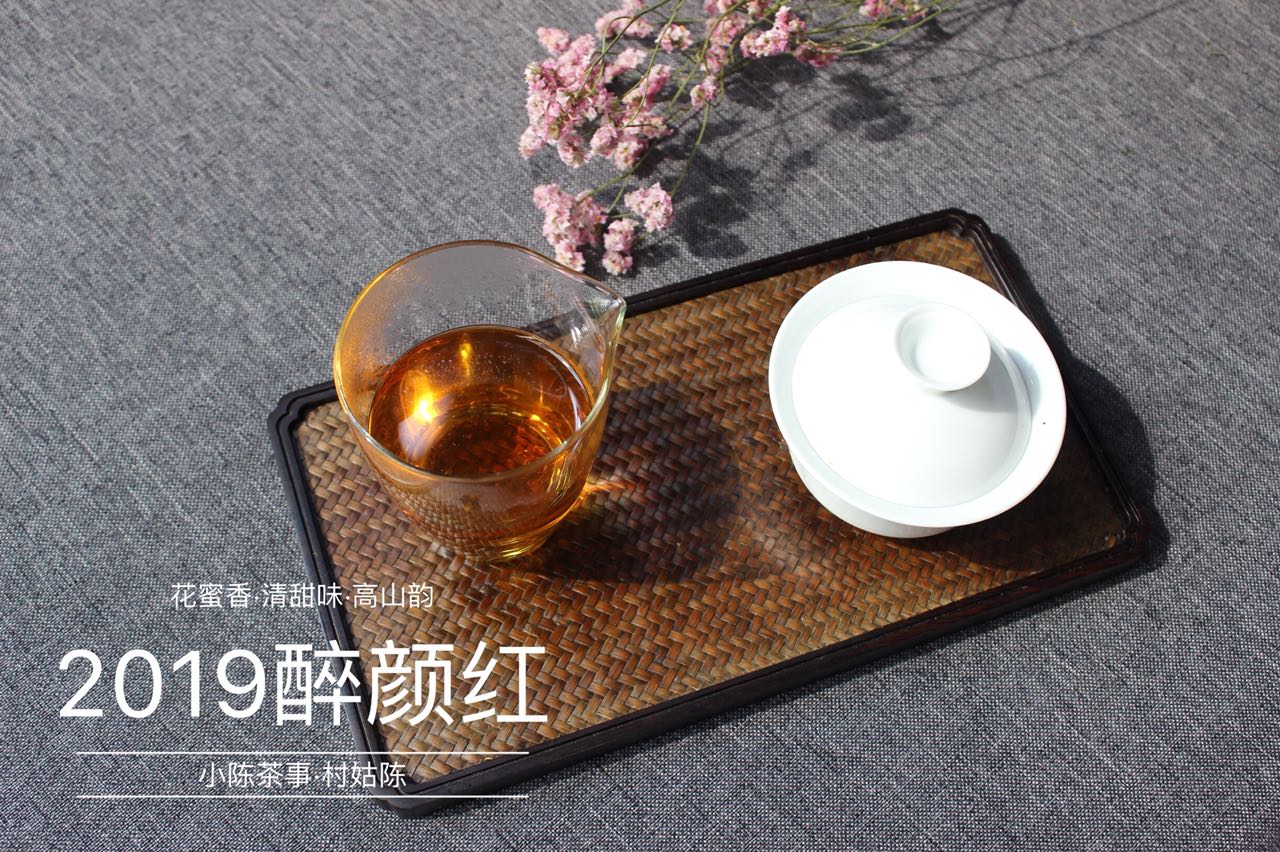 Whether you take your own tea drinking experience as an example, you will not get angry if you drink black tea in summer, and you can tell it yourself.

Or, it is believed that there are differences between individuals, and everyone has different tastes for tea. As long as you drink tea comfortably, you don’t have to worry about getting angry.

There are various opinions, but everyone’s opinions are actually correct.

When drinking black tea in summer, as long as you don’t feel any discomfort after drinking it, you can drink it with confidence and don’t need to worry about getting angry.

In summer, the yang qi is released to the outside. According to the theory of yin and yang, the outer yang is prosperous and the inner yang is declining.

Under such circumstances, the essence of health preservation in summer is to replenish yang and vitality.

The so-called eating radish in winter and eating ginger in summer is exactly the reason.

It is suitable for warming and nourishing in summer.

From the point of view of healthy tea drinking, black tea is warm in nature, and it is appropriate to drink it in summer!

Gentle and solid, it can make the human body feel comfortable in summer.

If you are oblivious to the cold and pursue food that is cold in nature and taste, it is easy to provoke sickness, which is not good for your health! 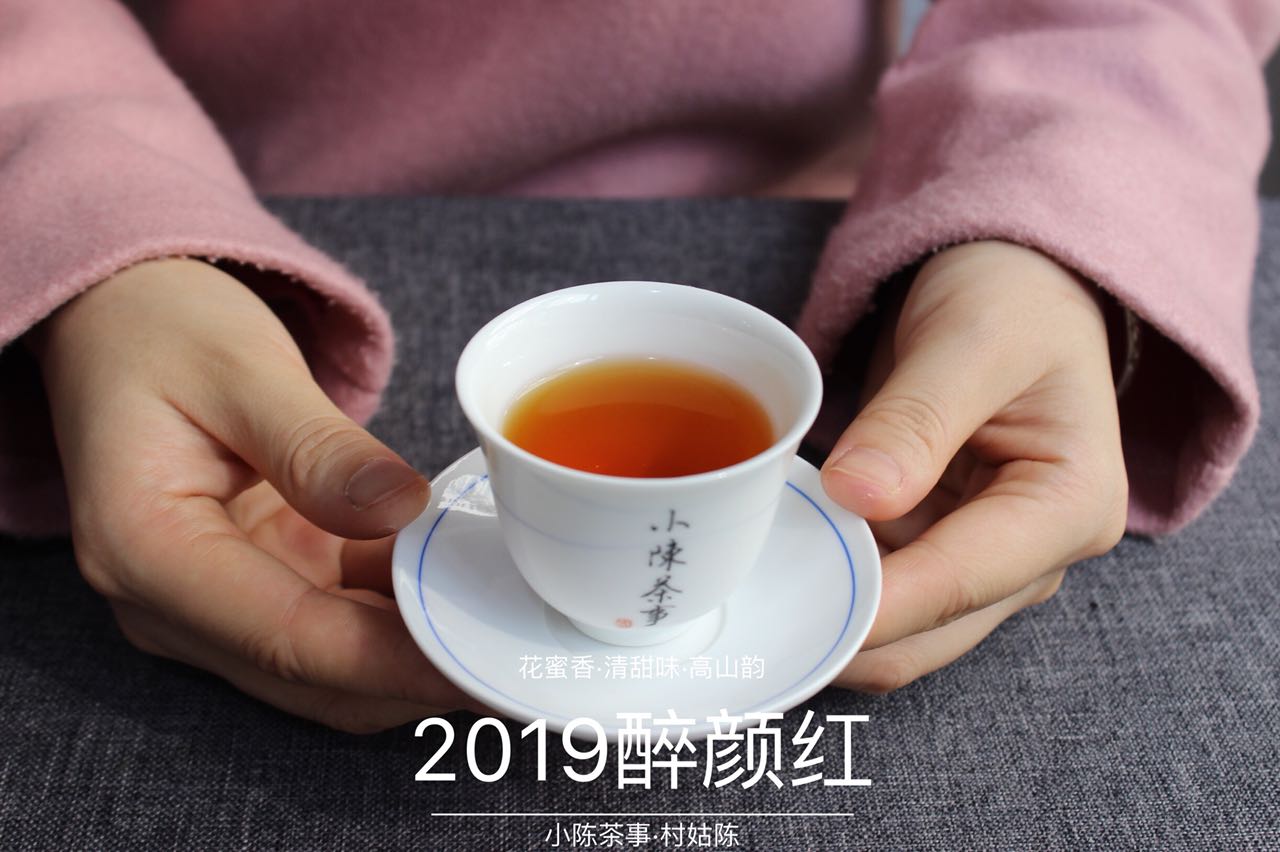 As mentioned above, black tea is warm in nature, so you don’t need to worry about getting angry when drinking it in summer.

However, when communicating with others about drinking tea, an old classmate reported a strange question.

This classmate from a traditional family in southern Fujian has been drinking tea all the year round and has quite a lot of experience in tea drinking.

“They are all drinking this year’s new tea, Zhengshan Souchong and Chunshoumei.”

Drinking black tea feels irritated, the problem is in the new black tea. 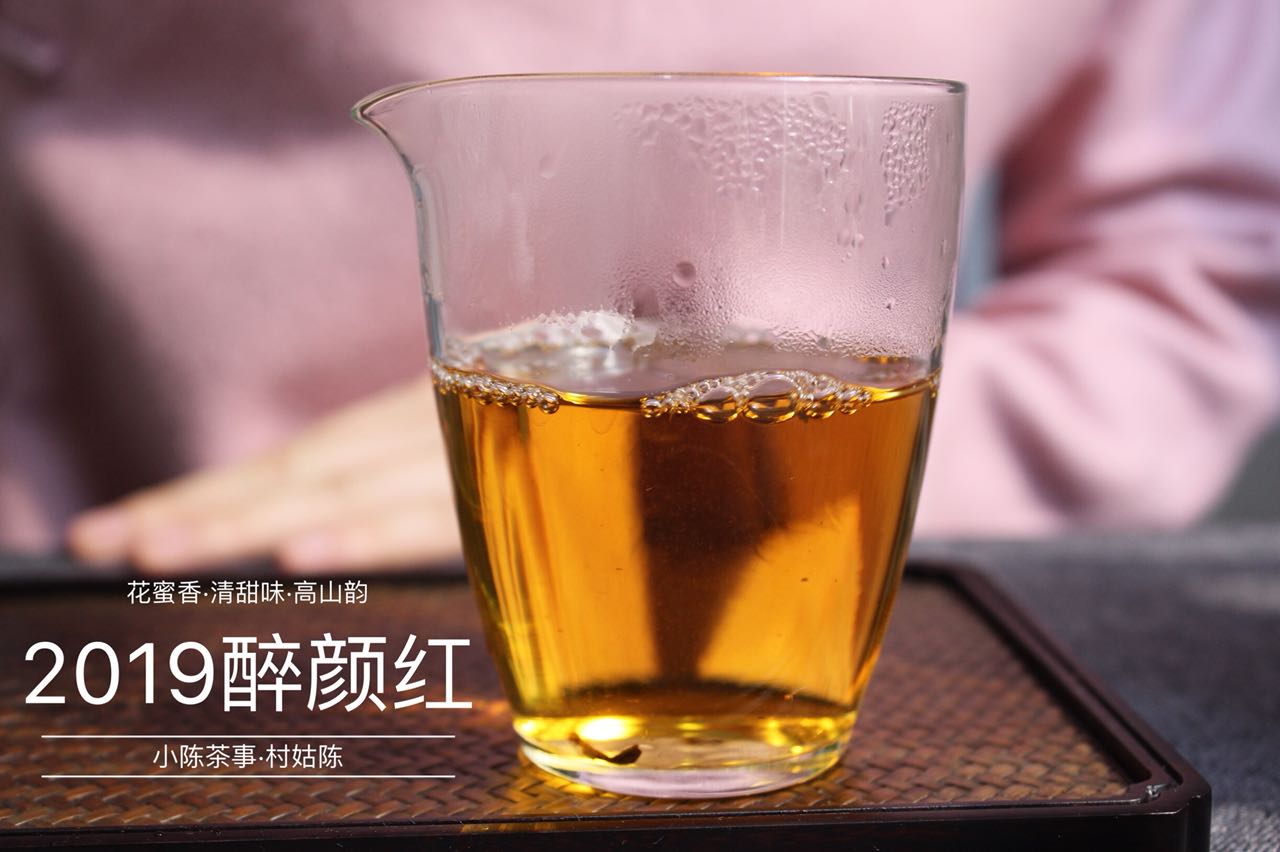 As the originator of black tea in the world, Zhengshan Souchong needs to be smoked in the traditional production process.

The local pine wood and pine needles of Tongmuguan are used for smoking, and finally the pure pine smoke flavor of Zhengshan Souchong is formed.

The Zhengshan Souchong black tea, which has been smoked for three times, was in a state of “relatively angry” when it was just made.

At this time, you need to put it for a while, it will be better to drink.

If you directly drink the freshly made Lapsang Souchong, it is easy to feel the smell of fireworks.

No wonder this old classmate felt that black tea was irritating when he was drinking tea.

The tea-making process of white tea is completely different from that of black tea. 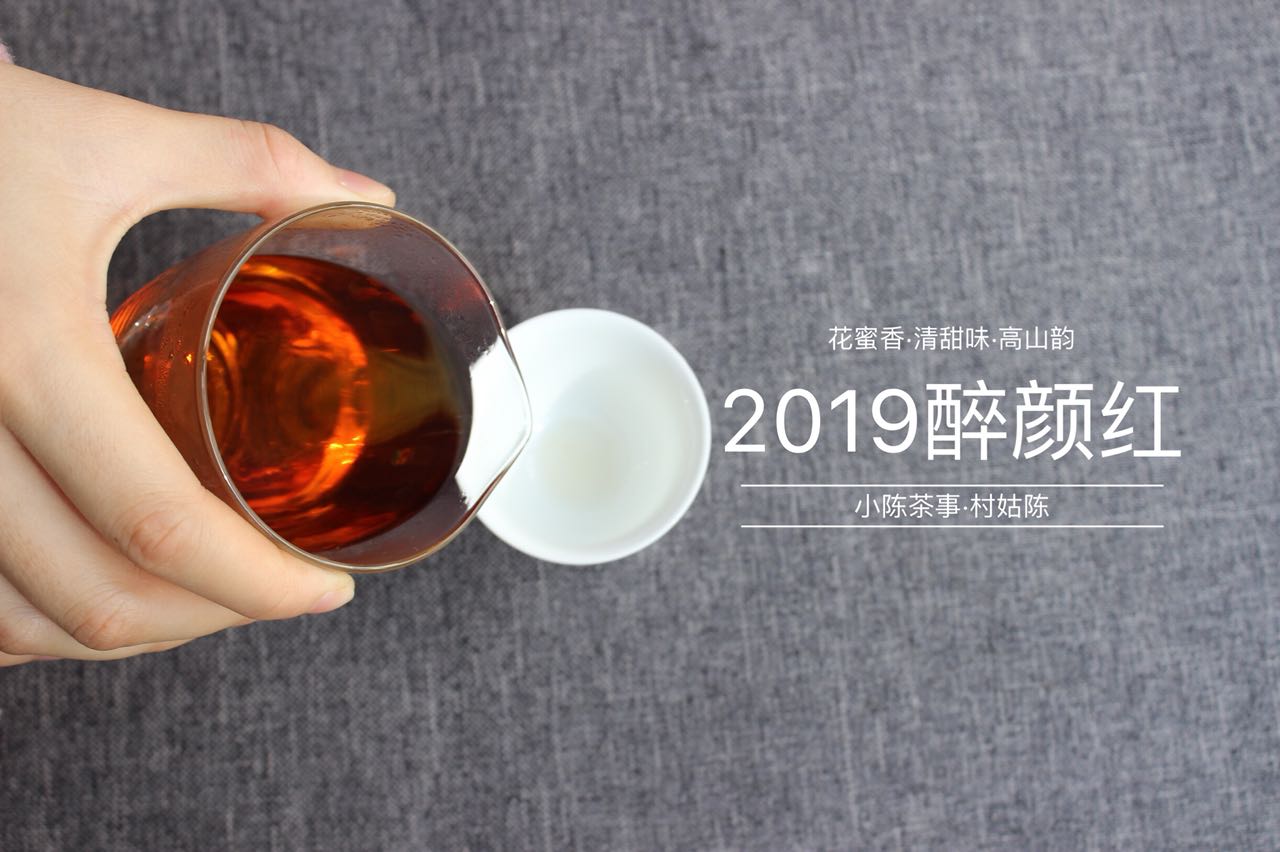 White tea is not rubbed or finished, the craftsmanship is simple, the degree of fermentation is slight, and there is no way to talk about anger.

In fact, drinking black tea in summer feels irritating, not because of the season, but related to the new tea season of black tea.

The smoked black tea Zhengshan Souchong, in the process of smoking one by one, eats a lot of smoke and absorbs a unique pine smoke smell.

This pine smoky aroma is not actually anger, so there is no need to worry about its quality.

When drinking tea, you only need to put it for a little while for ten days and a half months. If you can accept the rich pine smoke aroma at this time, it is okay to drink it.

If not, it is recommended to leave it for a while longer, for 1-2 months, the cords that can reach Zhengshan Souchong black tea will gradually become long and elegant with the continuous breathing and breathing.

Drinking it now can not only avoid the anger of its new tea period, but also feel its unique flavor! 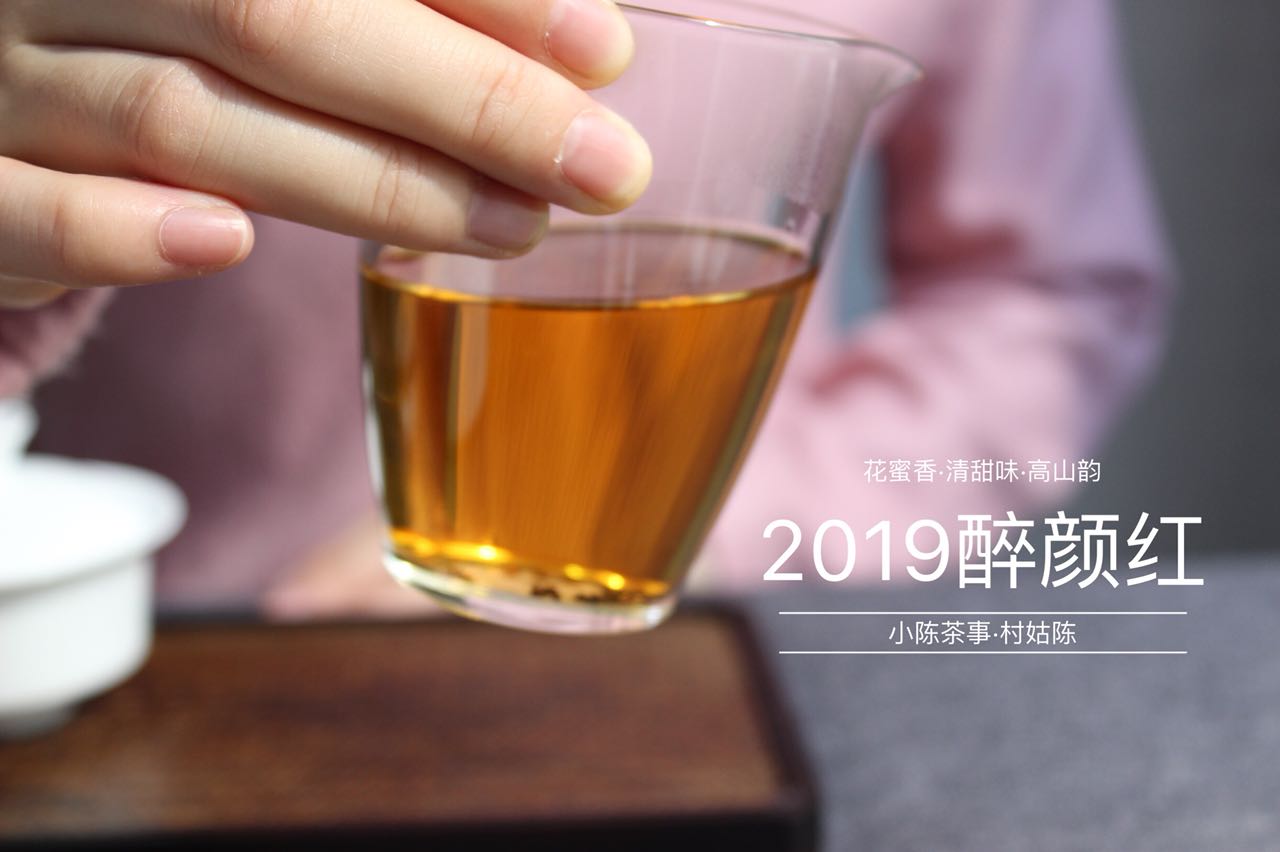 How to drink black tea in summer to be more healthy?

When drinking tea, we should pay attention to a good way to be more healthy.

Then, when drinking black tea in summer, how can drinking tea be more healthy?

In addition to avoiding the new tea season when Zhengshan Souchong black tea is “more flamboyant”, it is also necessary to reduce the consumption of cold brewed tea.

From the perspective of healthy tea drinking, the practice of cold brewing tea is not advocated.

This is because cold water brewing is difficult to stimulate the tea aroma and tea flavor inside the black tea.

On the other hand, cold tea is easy to hurt the stomach, and friends with weak spleen and stomach are easy to feel uncomfortable in the process of drinking cold tea directly.

In contrast, drinking tea in summer and drinking hot tea is more healthy.

In the hot summer, the heat is pressing, and the temperature is rising. 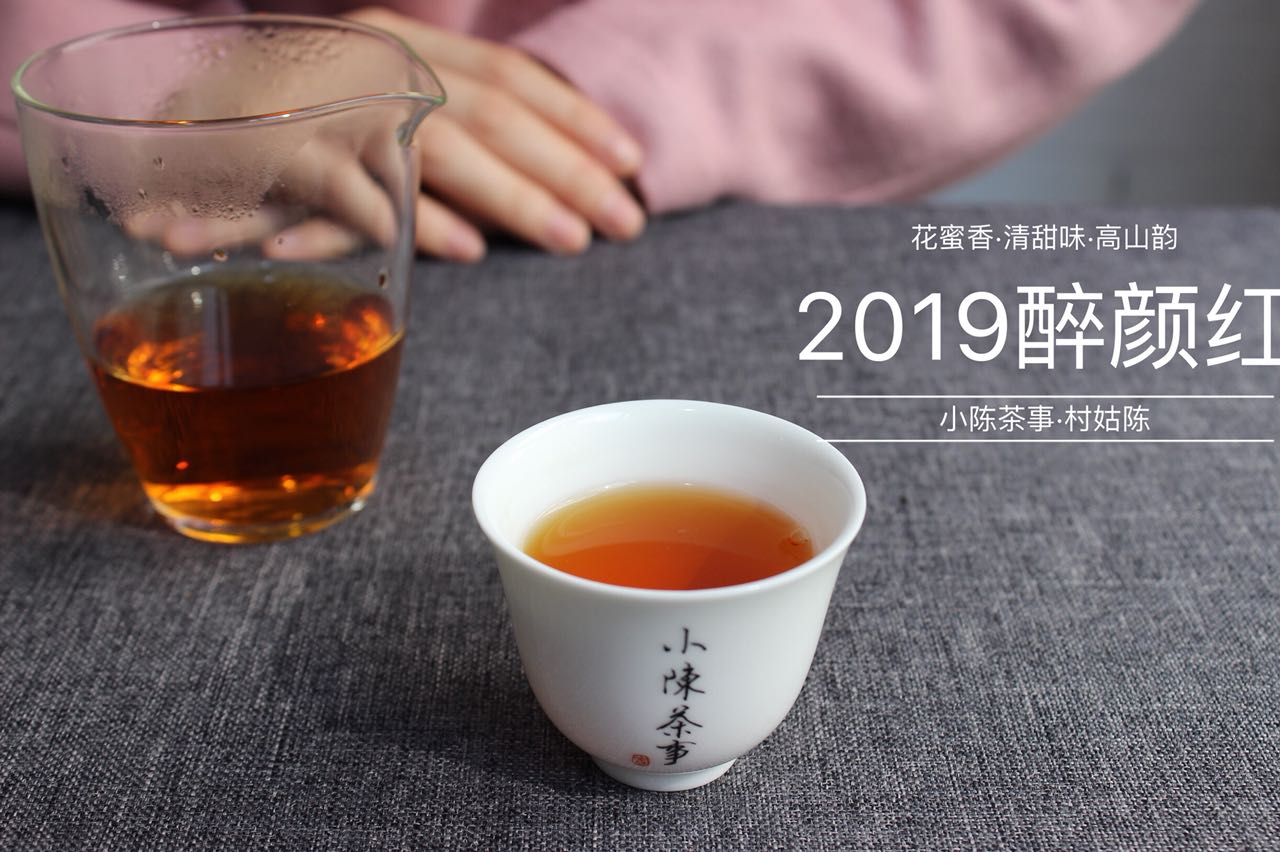 In modern life, people will reduce their going out in summer.

Stay in an air-conditioned room, away from the heat, and spend the summer comfortably.

This is because, in summer, the yang qi is released to the outside, the outer yang is prosperous and the inner yang declines.

The human body needs to supplement the right amount of Yang Qi to nourish the vitality.

Staying in an air-conditioned room with no ventilation for a long time will reduce the ability of human skin to regulate temperature.

At this time, if you are greedy for coldness, you can directly brew black tea with cold water, or directly make black tea into an iced cold drink.

A cup of ice-cold tea soup will cool down your body and your heart! 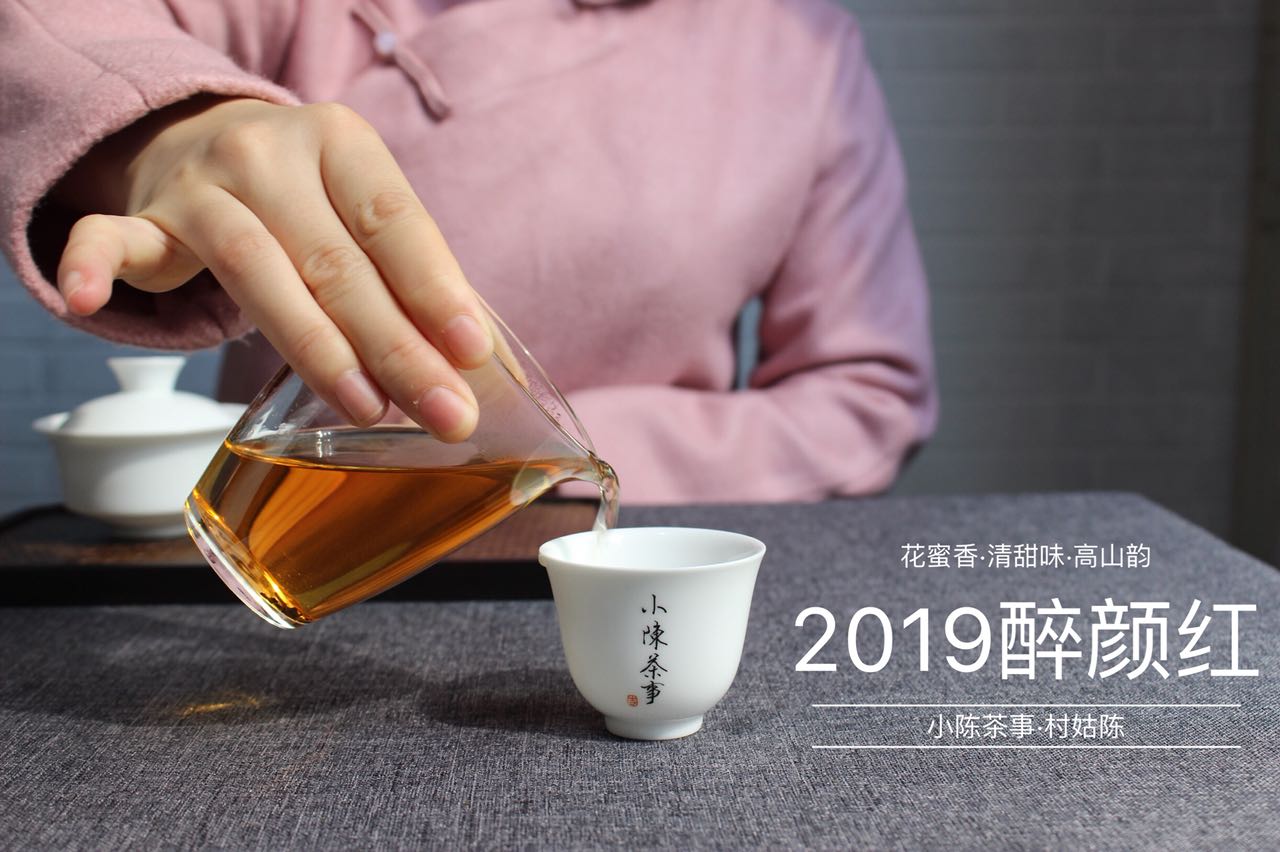 In the case of external cold and internal heat, it is easy to stimulate the human stomach and stomach, and friends with weak spleen and stomach are easy to feel uncomfortable.

It is more comfortable to drink black tea in summer and drink tea soup made from hot water.

A cup of warm tea can dilate the pores of the human body, promote metabolism, help the excretion of human sweat, and make the whole body more comfortable.

If you drink cold tea directly, although it can play a physical cooling effect, the cool cold tea is easy to close the pores of the human body and cause sweating.

Rigao people are thirsty for Mansi tea, such a cup of tea to relieve the heat, choose hot tea, it can better cool down the heat, let the human body feel the taste of herbal tea from the inside out! 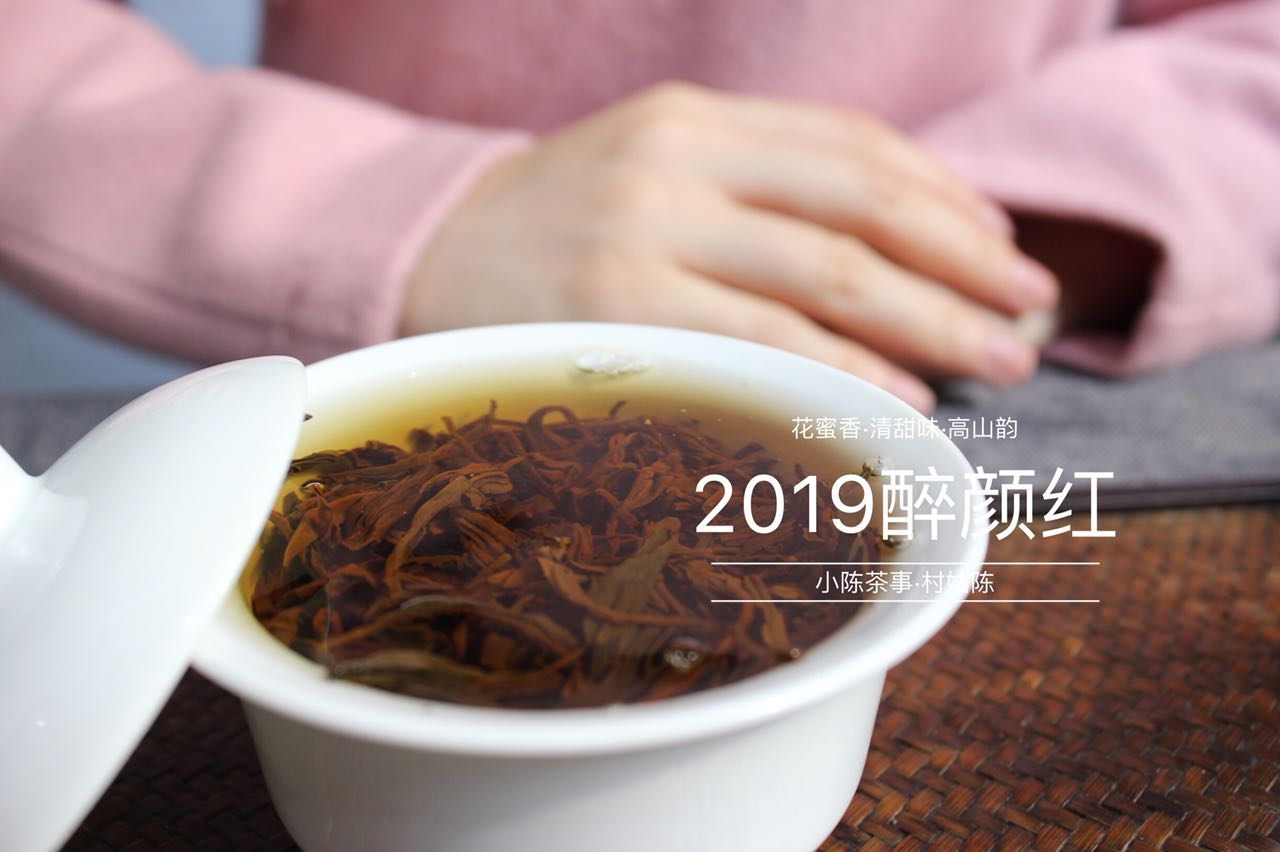 From ancient times to the present, drinking tea has always been a good way to cool down.

In summer, drinking tea to relieve the heat, mild black tea is a good choice.

Black tea is warm, not dry, and it is nonsense to say that drinking black tea gets angry.

A cup of good tea, like Lingling Ganquan, relieves worries and expresses feelings.

The sun has never been short of long ropes, and the water goes back to the clouds.

If you want to buy Canghai from Magu, a cup of spring dew is as cold as ice.

Or click “Learn More” on your mobile phone directly!

Copyright statement: This article is originally written by Xiaochen Tea Affairs Villager Chen (lanxiaoping1988), and any media may not reprint it without permission. Tea friends are welcome to forward it to the circle of friends.