black tea, English is Black tea. During the processing of black tea, a chemical reaction centered on the enzymatic oxidation of tea polyphenols occurs. The chemical composition of fresh leaves changes greatly, and the tea polyphenols are reduced by more than 90%, resulting in new components such as theaflavins and thearubigins. . Aroma substances were significantly increased than fresh leaves. Therefore, black tea has the characteristics of black tea, red soup, red leaves and fragrant sweetness.

Black tea is a fully fermented tea, which is refined from a series of processes such as withering, rolling (cutting), fermentation, and drying, using suitable new tea leaves as raw materials. Withering is an important process in the primary production of black tea, and black tea was called “black tea” when it was first produced. Black tea is named for the red color of the tea soup and leaves after brewing dry tea. There are six main types of black tea in China – Zhengshan Souchong, Qimen Black Tea, Dianhong, Chuanhong Gongfu, Jiuqu Hongmei and Riyuetan Black Tea.

Lapsang Souchong, also known as Lapu Mountain Souchong, belongs to the category of black tea. It was first created in the Tongmu area of ​​Chong’an County, Fujian Province (in 1989, Chong’an was removed from the county and established as a city, and it was renamed Wuyishan City). It is the earliest black tea in the world, also known as the originator of black tea. It has a history of more than 400 years. It was created by local tea farmers in the depths of Wuyi Mountain in Fujian under the opportunity of the middle and late Ming Dynasty. Later, on the basis of Zhengshan Souchong, Gongfu black tea was developed.

The real paulownia black tea has a fat shape and a dark color. After soaking in water, the soup is red and thick. The aroma is high and long with a pine smoke fragrance. Liquid color is more brilliant. The finished tea has a tight and even shape, iron-green with brown color, oily and moist, with natural floral fragrance, not strong fragrance, fine and subtle, mellow and sweet taste, obvious throat rhyme, and orange-yellow and clear soup color. 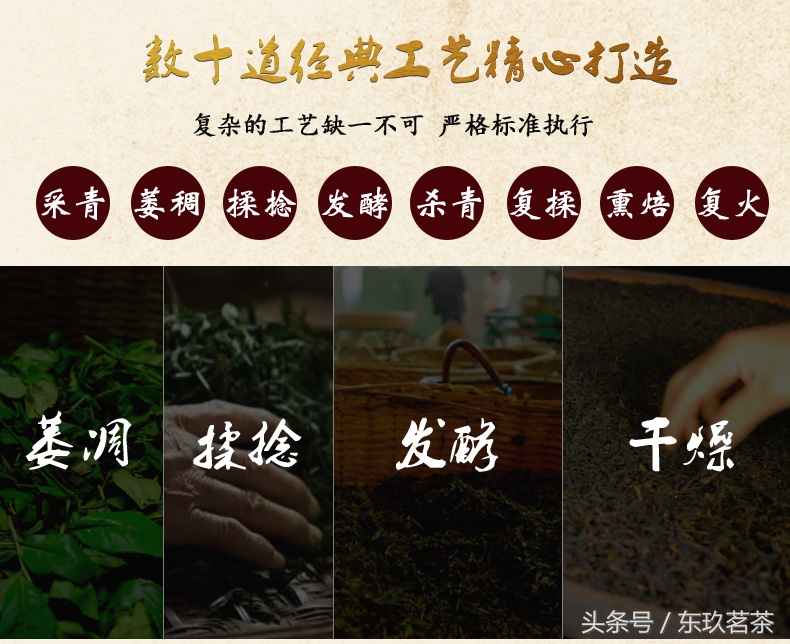 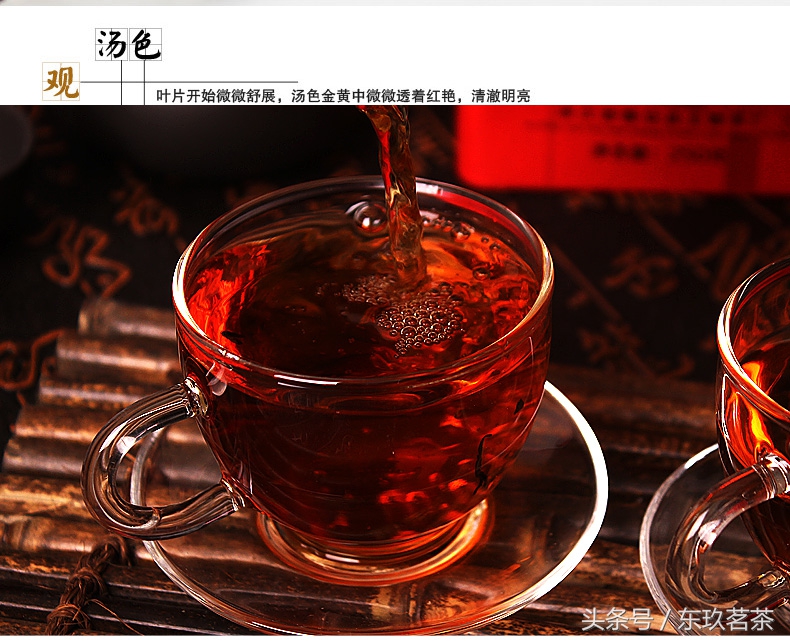 In the past, when foreign businessmen came to China to buy tea every year, they had to wait for three boxes of Hurishun Gonggong, Likou Huangshan, and Baiyue to come to Shanghai. The purchase was opened. Therefore, the black tea in this area is the crown of Qimen black tea. From Shanli, Ruokengte to Zhukou, in this area, Ruokeng, Shanli, Gaotang, etc. are the best, the tea leaves have thin bottom, good lines, good flavor and color, and fermentation takes only 1 hour; Go straight up from Rongkou to Houtan and turn to Qixi Likou. In this area, Guixi, Huangjialing, Shijiyuan, etc. are the best places. 1 and a half hours shall prevail. 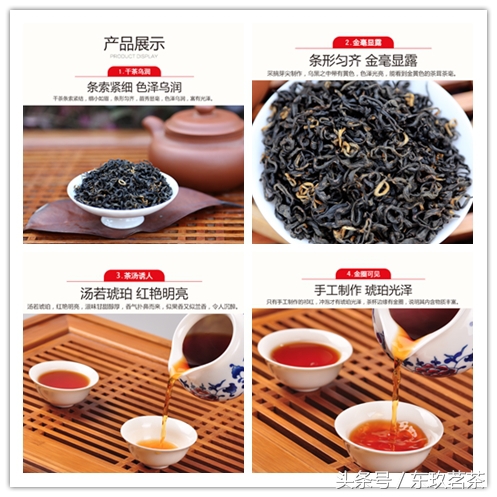 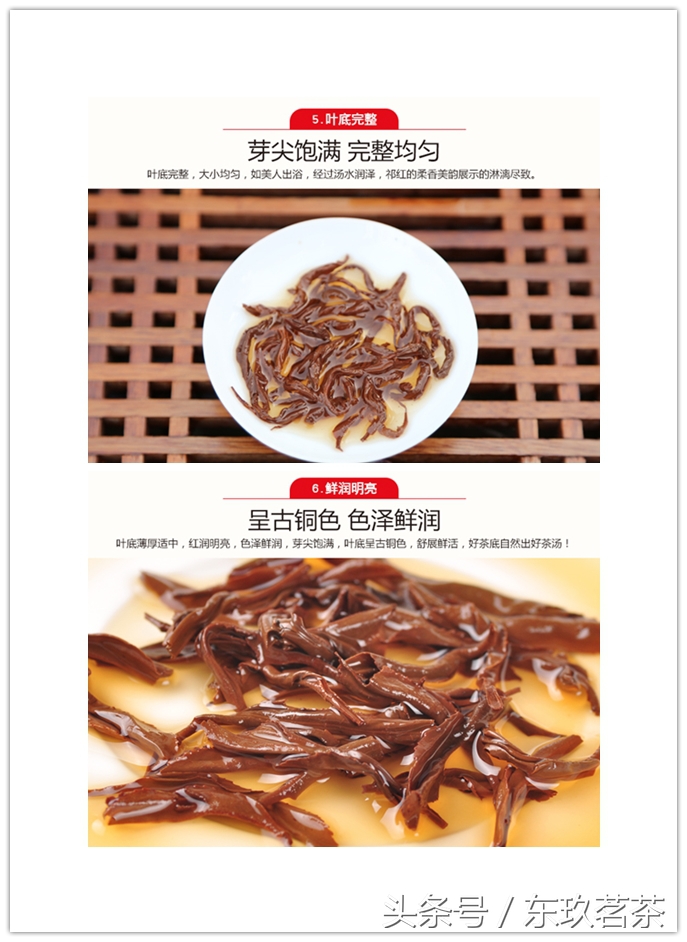 Yunnan black tea, referred to as Dianhong, belongs to the black tea category. It was created by Han tea farmers during the Republic of China. Produced in Lincang, Baoshan, Fengqing, Xishuangbanna, Dehong and other places in the south and southwest of Yunnan Province. It is formed by blending large-leaf black broken tea, and the stereotyped products include 11 colors in 4 categories of leaf tea, broken tea, sliced ​​tea and final tea. Its shape has specific specifications, the body is heavy and solid, the color is thoroughly mixed, the soup is bright red after brewing, the golden circle is prominent, the aroma is fresh and refreshing, the taste is strong and irritating, the bottom of the leaves is red and bright, and it is still better with milk. Strong tea flavor, bright brown, pink or turmeric, characterized by thick, strong and fresh. The tea is made from the fresh leaves of high-quality Yunnan big-leaf tea trees, which are first withered, rolled or kneaded, fermented, and baked to make finished tea. 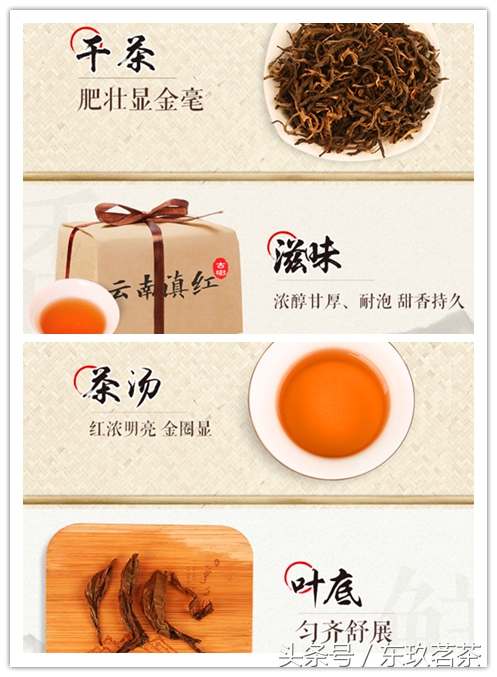 Chuanhong Gongfu was created in the 1950s. The shape of the tea is tight, the golden hair is exposed, the color is black and oily, the aroma is fresh, the taste is mellow and fresh, the soup color is strong and bright, and the bottom of the leaves is soft and even. It is a Chinese Gongfu black tea. ‘s rising star. “Chuanhong Gongfu”, “Qihong” and “Dianhong” are also known as the three major black teas in China, and have been famous at home and abroad. As early as the 1950s, “Chuanhong Gongfu” (commonly known as Sichuan black tea) enjoyed the reputation of “Saiqihong” as soon as it was launched in the international market, and has also won a number of international awards, and its quality has been well received both internationally and domestically.

There are two main types of Chuanhong Gongfu. One is Sichuan Kung Fu black tea, which is characterized by early production season, delicate picking and meticulous workmanship. In particular, Zaobaijian first-class kung fu black tea is of the best quality, known internationally for its “tight and thin strands, dark and moist color, fresh aroma, mellow taste, red color of soup, and even red bottom of leaves”; the second is broken black tea, It is fresh and tender tea leaves that are smashed and chopped into uniform granules, which are characterized by “tight and even granules, fresh color, strong aroma, red soup color and mellow taste”. 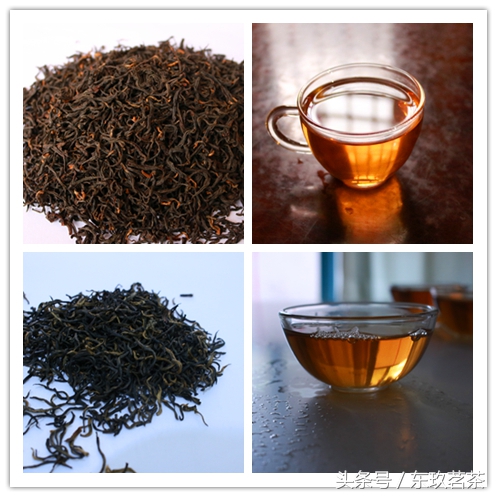 Jiuqu Hongmei originated from Jiuqu in Wuyi Mountain. The farmers in northern Fujian and southern Zhejiang moved northward and settled in the Dawu Mountain area to open up wasteland to grow grain and tea to make a living and make Jiuquhong. Whether the picking period of Jiuqu red plum is appropriate is related to the quality of tea leaves. The Jiuqu red plum picking standard requires one bud and two leaves to unfold at the beginning; it is made through greening, fermentation and baking, and the key is fermentation and baking. Jiuqu Hongmei is called Jiuqu Hongmei because of its red color and fragrance like red plum. It tastes fresh and warms the stomach.

The shape of the tea is as thin as a hair, and it is bent and tightly like a silver hook. It is hooked to each other in a loop, covered with golden fluff; the color is dark and moist; the taste is rich; the aroma is fragrant; the soup color is bright; the bottom of the leaves is red Cheng Duo. Jiuqu red plum tea is Gongfu black tea with high quality. Taiwan’s Sun Moon Lake Black Tea is a fully fermented tea made from large-leaf species. Produced in Taiwan, it is one of the famous black tea products in Asia. The water is bright red and clear, the aroma is mellow and sweet, and the taste is strong. In the process of tea making, it is withered, rolled, fermented and dried. The black tea made by the factory can be divided into three categories: strip black tea, cut green tea and pure black tea. Taiwan uses the natural hills in the island to grow tea, and selects high-quality tender tea leaves after processing and refining.

Sun Moon Lake black tea is planted in Yuchi Township, Nantou County. The altitude of the hills is about 600-800 meters, and the average temperature and humidity are moderate all year round. It is similar to the Assam region in India. Its geographical environment is very suitable for the growth of Assam tea. After the county’s lotus pond was bred, it was developed and promoted in Yuchi, Puli and Shuili areas of Nantou County. 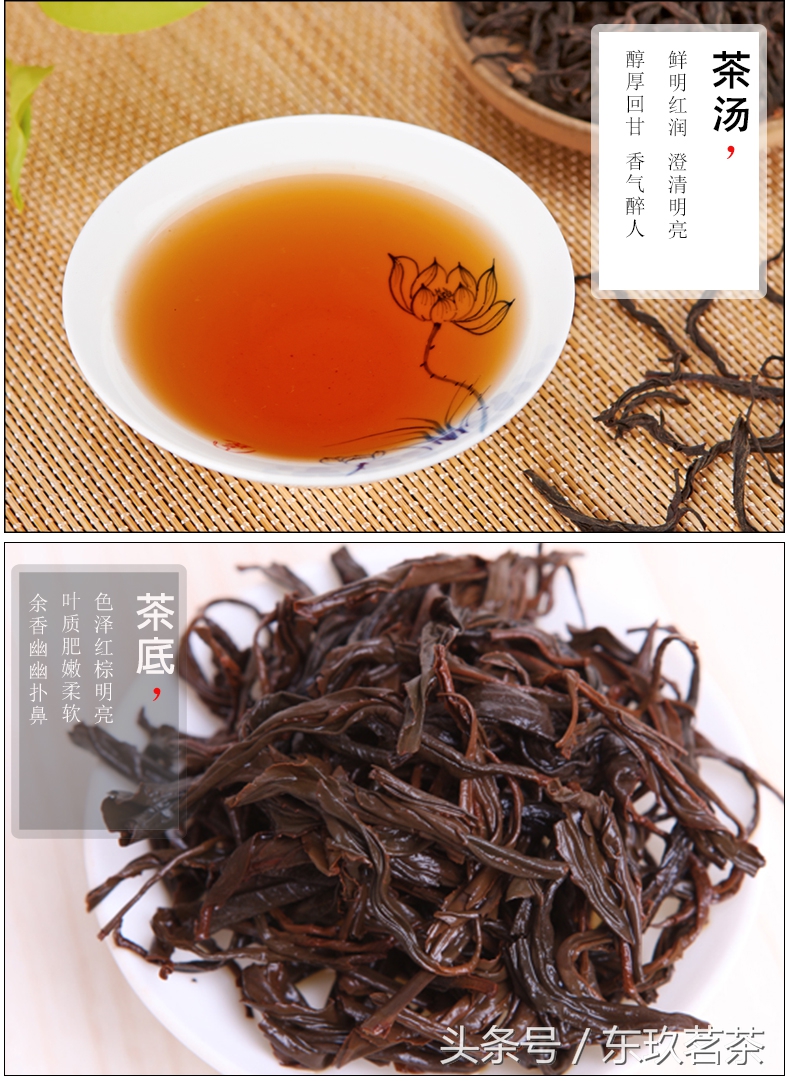 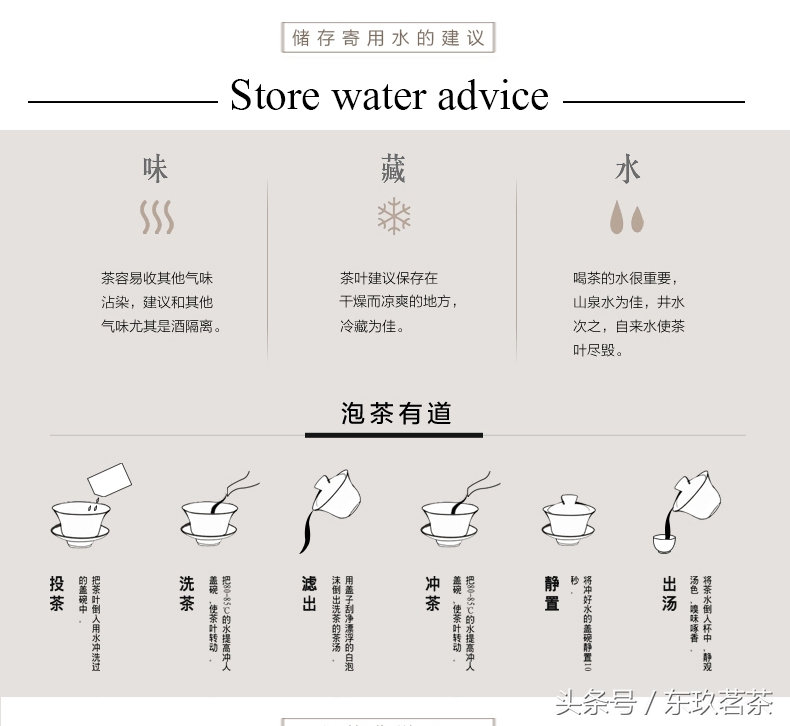