Black tea is a common tea drink, suitable for all ages. There are also many varieties, and different varieties of black tea have people who like to drink it. So, what are the common types of black tea? Let’s take a look at the common black tea varieties in our daily life.

In China, black tea is mainly drunk, and you can feel the mellow aroma and taste of black tea itself. The most famous variety of black tea in China is Gongfu black tea, the most famous of which is Keemun black tea, also known as Keemun Gongfu, together with Darjeeling tea from India and Uwo tea from Sri Lanka, it is known as “the world’s three highest teas” in the Western world. Fragrant black tea” has a long history and is world-renowned.

The shape of Qimen black tea is tight and delicate, with not much gold, and the color is dark. , it can be seen that the aroma is very unique. The soup is red and bright, the taste is fresh and mellow, and the bottom of the leaves is tender and red. Other Gongfu black tea: Fujian Gongfu black tea is collectively referred to as Minhong Gongfu. Including Zhenghe Gongfu, Bailin Gongfu, Yuanyang Gongfu. In addition, there are Ninghong from Jiangxi, Yihong from Hubei, Yingde black tea from Guangdong, Jiuqu Hongmei from Hangzhou, and Chuanhong from Sichuan. 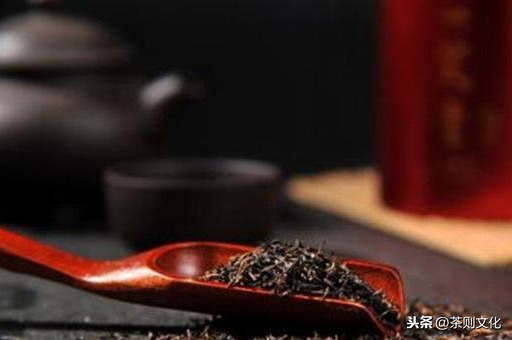 Lapsang Souchong itself should be smoked with pine needles or pine wood, which is called smoked souchong. There are also modern ones without smoke, which are not smoked with pine needles or pine wood, and are called smokeless souchong souchong. . The tea-producing area of ​​Zhengshan Souchong is the tea gardens of Tongmu Village in Wuyi Mountain and the surrounding Tongmu Village at an altitude of 600-1200 meters. Most of them are made from traditional tea picking groups.

Afterwards, the local pine wood is used to smoke and roast to form a strong fragrance of pine tea and dried longan unique to Lapsang Souchong. After two or three soaks, it has a longan soup flavor. Zhengshan Souchong is thick and strong, tight and even, without buds; the color is black and brown, more oily; the soup is red and bright; the aroma is strong and fragrant, with the aroma of pine smoke; the taste is mellow and sweet, with a longan soup flavor, The leaves are thick and red. 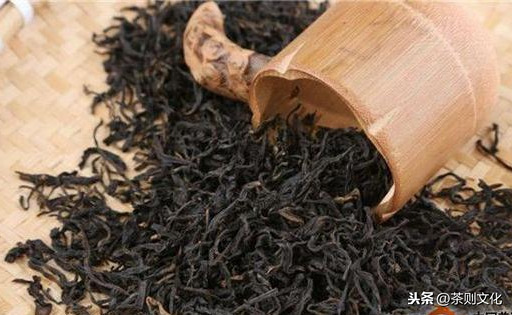 Jin Junmei is the top variety of Zhengshan Souchong tea. After the tea is brewed, the color of the soup is golden yellow, with a light and sweet fragrance of flowers, honey, and fruit. Because the newly developed product only uses a bud of a small and medium-sized tea tree produced in the mountains and mountains, and it is expected that the new work will develop like a galloping horse, the name contains “Jun”. The shape of tea leaves is like eyebrows, and “eyebrows” also have the meaning of longevity and longevity, so the name contains “eyebrows”.

Yinjunmei was developed together with Jinjunmei, and it is also a high-end variety of Zhengshan Souchong. Yinjunmei is the tea buds of the original ecological Souchong wild tea picked in the mountains of 1500-1800 meters above sea level in Wuyishan National Nature Reserve before Guy Rain. To make 500 grams of Yinjunmei, tens of thousands of standard tender buds are needed, one bud and one leaf. . The Yinjun eyebrows are tight and thin in appearance, with a sharp edge and a slender appearance, and the color is oily and slightly yellowish.

Yinjunmei carefully selects one bud and one leaf, and makes it with the traditional handicraft of Zhengshan Souchong, but it is not sieved, so the strips remain intact, and the shape is similar to the strips of Gongfu black tea. The color of the soup on the side of the Yinjunmei covered bowl is green and yellow, and the soup is golden and clear; the aroma of Yinjunmei is unique, high and long-lasting. 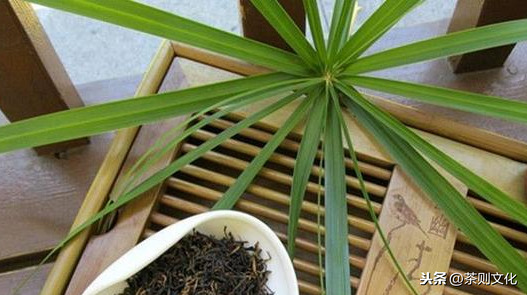 Tongjunmei is also often called Chigan (one bud and two leaves), and is divided into small Chigan (leaves not opened) and Da Chigan (leaves open) according to the degree of leaf opening. Bronze Junmei and Gold and Silver Junmei are the Junmei series of Zhengshan Souchong. According to the quality of the tea and the different picking standards, gold, silver and copper are added in front to distinguish the grade of Junmei. Tongjunmei is also a high-end variety of Zhengshan Souchong. The quality is only slightly inferior to the top gold and silver Junmei, and the price is higher. Therefore, it is a popular variety of the Junmei series. 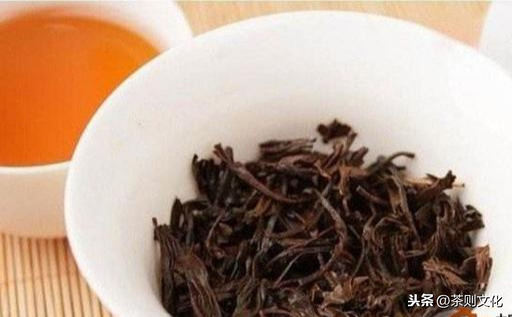 Bai Ruixiang also belongs to Lapsang Souchong black tea. Bai Ruixiang tea species is one of the top ten famous fir trees in Wuyi. It was first grown in the Wuyi rock tea production area and is mostly made into oolong tea. Later, it was introduced to Tongmuguan Nature Reserve, and the quality of the tea has undergone subtle changes. Zijiacha made it into black tea using the traditional Zhengshan Souchong process. Ordinary Zhengshan Souchong has a natural floral fragrance, and the fragrance is not strong; compared with it, Bai Ruixiang tea is a high-fragrant variety with a long-lasting aroma, so it is named Bai Ruixiang. The dry tea has the typical pure sweet aroma of Souchong, the cords are even and tight, the color is dark and dark; the color of the soup is red, bright and gloomy; the aroma is typical of orchid and white cinnamon.

It is produced in the Assam Valley in the foothills of the Assam Himalayas in northeastern India. The local sunshine is strong, and another tree needs to be moderately shaded for the tea tree; due to the abundant rainfall, it promotes the vigorous development of the tropical Assam large-leaf tea tree. The best quality is picked from June to July, but the autumn tea produced from October to November is more fragrant. Assam black tea, the shape of the tea leaves is thin and flat, and the color is dark brown; the color of the soup is dark red and slightly brown, with a faint aroma of malt and rose, and the taste is strong. It is a strong tea and is the best choice for drinking tea in winter.

Produced in the Darjeeling Plateau in the foothills of the Himalayas in northern West Bengal, India. The local average annual temperature is about 15°C, there is plenty of sunshine during the day, but the temperature difference between day and night is large, and the valley is filled with clouds and mist all year round, which is a major factor that breeds the unique aroma of this tea. The No. 2 tea from May to June has the best quality and is known as “champagne in black tea”. Darjeeling black tea has a high price. The No. 1 tea in March and April is mostly turquoise, and the No. 2 tea is golden yellow. Its soup is orange-yellow in color, fragrant and elegant in smell, the top grade is especially with grape aroma, and the taste is delicate and soft. Darjeeling black tea is most suitable for clear drinking, but because the tea leaves are large, it needs to be simmered for a while (about 5 minutes) to fully relax the tea leaves to get its flavor. It is best to drink this tea after afternoon tea and after eating a raw meal. 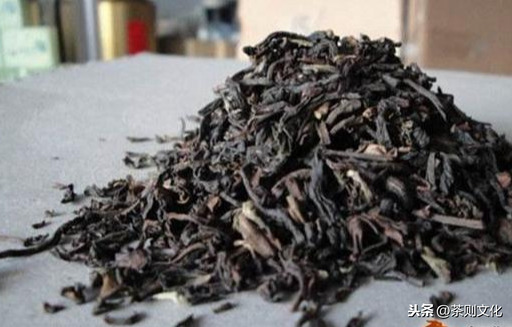 Wuwo tea is the most famous. It is produced on the east side of the mountain area. It is cloudy and foggy all the year round. Due to the rainfall brought by the northeast monsoon blowing in winter (November-February), it is not conducive to the production of tea gardens. Best quality. Timbulla tea and Nuwara Eliya tea, which are produced in the western part of the mountain area, are best harvested from January to March because of the influence of the southwest monsoon rain in summer (May-August).

Highland teas from Ceylon are usually made as broken teas, which are russet-brown. Among them, Wuwo tea soup is bright orange-red, and the top-grade soup noodle ring has a golden circle, like a coronation; its flavor is pungent, revealing the aroma of mint and lily-of-the-valley, and the taste is mellow, although it is bitter, but the aftertaste is sweet. The soup color of Tingbra tea is bright red, the taste is refreshing and soft, with floral aroma and less astringency. Nuwara Eliya tea is lighter in color, aroma and taste than the former two. The soup color is orange-yellow, the fragrance is fragrant, and the taste is slightly similar to green tea.

Each of the above types of black tea has its own characteristics and advantages, no matter which type of tea you drink, as long as it is the taste you like. Black tea is a very mild tea. Friends with cold body can drink it regularly. If you persist for a long time, it will improve your cold and cool constitution. Of course, the daily amount should not be too much, so as not to get angry.