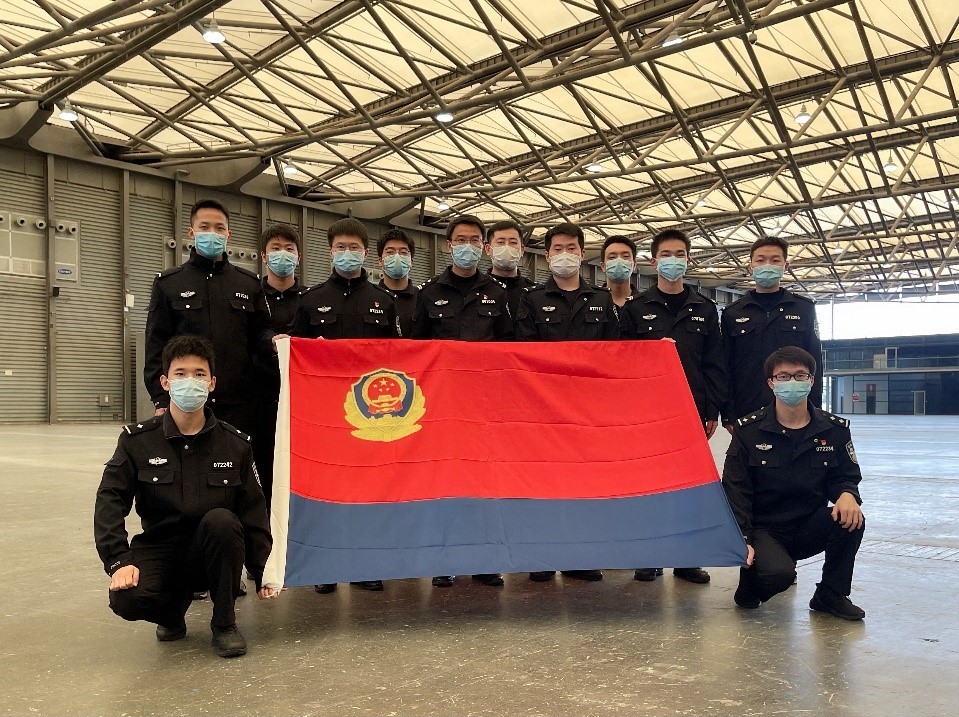 A few days ago, 12 cybersecurity police officers from the first batch of reinforcement commandos from the Cybersecurity Corps of the Shanghai Public Security Bureau arrived at the Fangcang shelter hospital in the first phase of the New International Expo Center on time. It took them only 6 hours from receiving instructions, packing luggage to assembling and setting off. Some of them are the backbone of cybercrime investigation, some are computer technology experts, and some are system security assessment experts. A day ago, these Internet security policemen who have been with the mouse and keyboard all the year round are still working silently in the front-line volunteer positions in their respective communities. At this moment, under the leadership of the team leader Comrade Tian Jin, the team members revisited the oath of joining the party, everyone. Full of confidence, he expressed that he will resolutely and successfully complete the task of epidemic prevention and control. 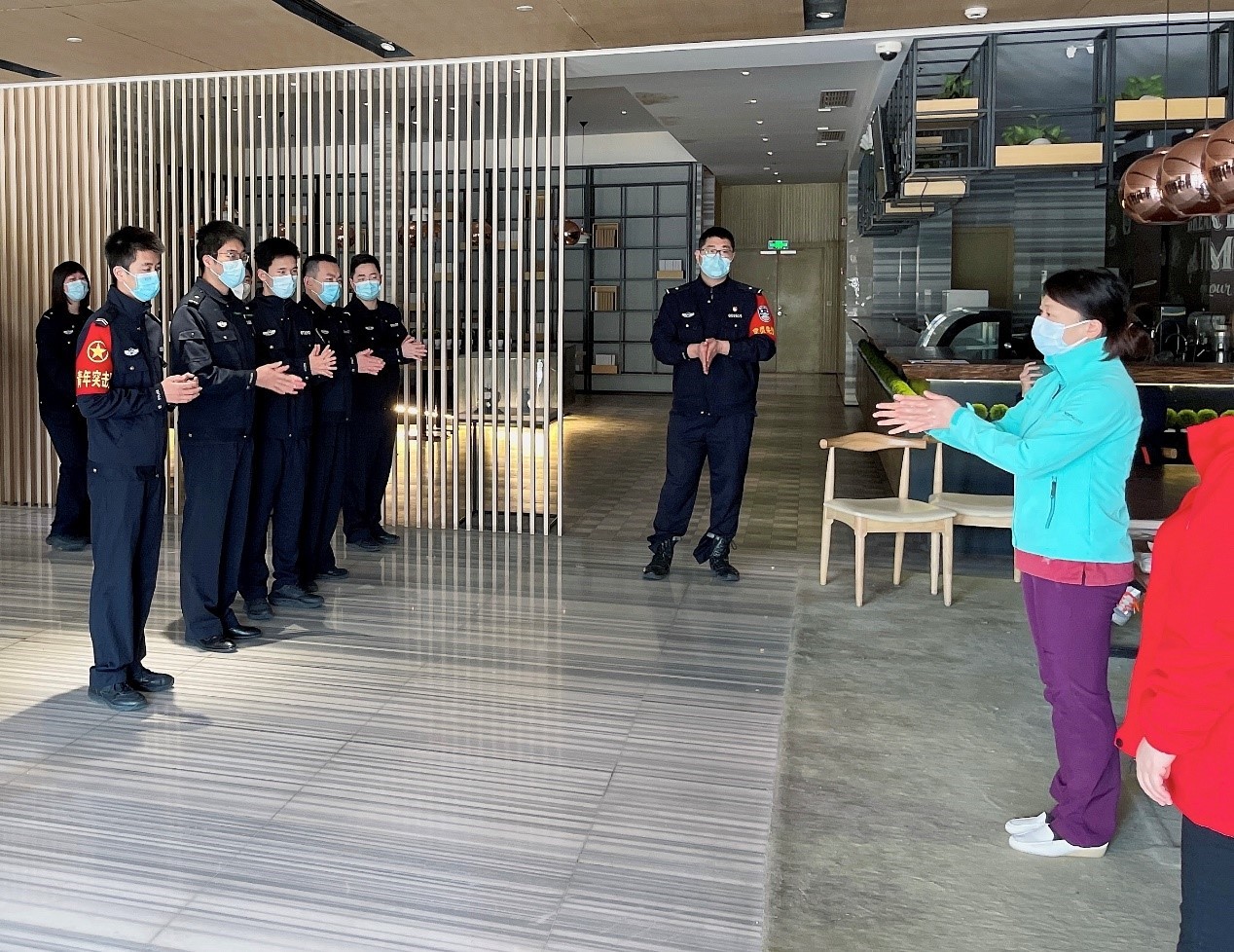 The first mission is a bit difficult

At 1:00 a.m. on April 4, the cybersecurity police, who had not yet officially started duty at the Fangcang shelter hospital, encountered their first task, which was to learn how to put on and take off protective clothing. The comrades are hurrying to practice the last time. Standardizing how to put on and take off protective clothing is an essential skill for them to take up their jobs. The boys who are usually skilled in playing with computer programs seem a bit clumsy now, but they still follow the training doctors very seriously, one action at a time. Comparing their skills with each other, they know it will affect whether they can return to the break room “absolutely clean” and ensure that everyone can continue to work safely.

As soon as the team members finished training, they heard the roar of big trucks coming from outside—the logistical support supplies for the more than 70 front-line anti-epidemic medical staff stationed in the medical team of the National Expo Center have arrived. The amount of materials on the car is very large, and only a few medical staff on the car are responsible for carrying it. Therefore, the network security police stepped forward and took the initiative to undertake the work of looting and unloading. The Internet security police, who usually focus on logical thinking, used the troop movement technique at this moment. Li Jichong and Li Shipeng, one on the left and one on the right, carry materials down from the car doors on both sides. Fu Qinyu, Wang Kai, Zhu Boyang and members of the medical team are responsible for the intermediate transmission. Zhu Jiahao and Jiang Chunbo are the last group, and they will stably transport the materials into the warehouse for storage. point to avoid focused convection. Several other network security police cooperated tacitly and jointly completed a fast and efficient rush and unloading plan. They built two human conveyor belts in the carriage, and handed them over. In just 30 minutes, more than 150 boxes of drinking water and 8 boxes of drinking water were transported. Disinfectant supplies 273 pieces of anti-epidemic materials to be quickly transported in two directions and placed together in a centralized manner.

“Thank you for the help of the police officers. Without you, we don’t know when the unloading will be tonight.” Dr. Li Jiao, a reinforcement expert at Longhua Hospital, said emotionally to the network security police. The Internet security police were very encouraged when they heard this! 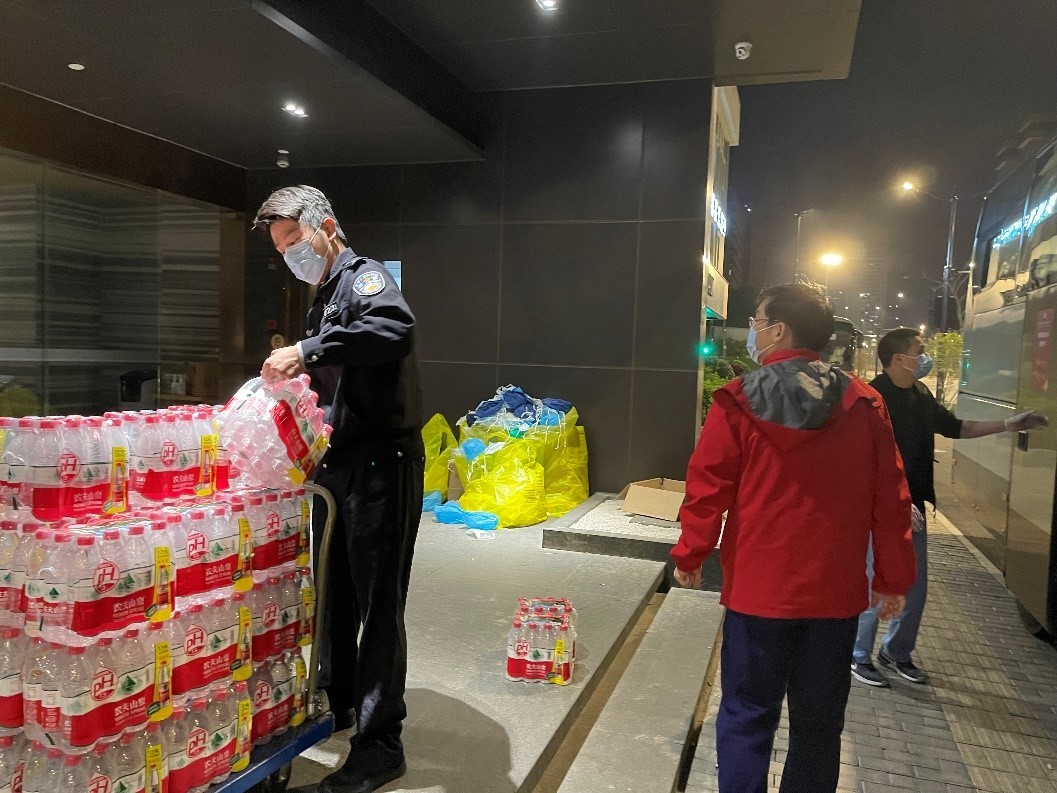 Victory and a wave of anomalies

At 16:00 on April 4th, the medical station received an alarm for medical assistance from the C4 station in the cabin. Li Shipeng, the policeman on duty at the time, immediately went to the scene of the incident. Before he could get close, Li Shipeng saw layers of onlookers, and bursts of howling could be heard inside.

It is close to the washing area, and there is a large flow of people. At that time, there were already more than 30 people watching. Li Shipeng felt a little nervous in his heart, and hurriedly shouted: “Everyone, stop watching, go back to your bed!”

When the onlookers saw the police coming to maintain order, they all consciously dispersed, leaving only one nurse comforting the crying woman and her child.

“My surname is Li, and I’m the policeman on duty today. Can you briefly talk about what happened?” After calming the woman’s emotions, Li Shipeng began to understand the situation. It turned out that because the woman had a positive nucleic acid, the community was blocked. She felt very guilty and was under great psychological pressure. And just now, she had an argument with the man in the cabin, which caused her emotions to lose control. 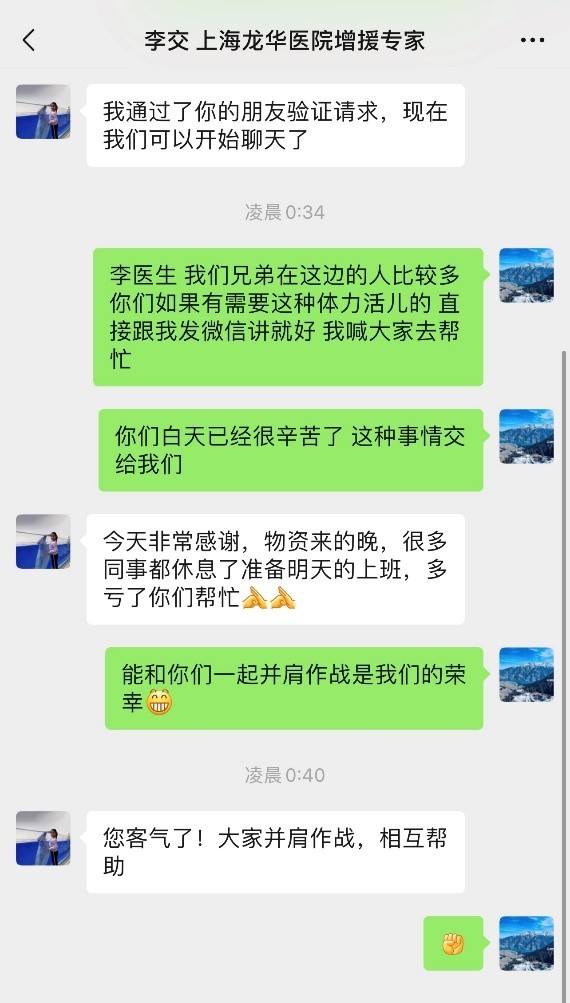 “Pay attention to the health of yourself and your family. The thoughts of others are not important. The most important thing at the moment is to take care of yourself and your children.” Under the comfort of Li Shipeng and the nurse, the woman gradually stabilized her mood: “I have been under too much pressure recently. Fortunately, you are here. Otherwise, I don’t know what will happen! Let’s work together to defeat the new crown!” Li Shipeng was very relieved, thinking that he was only used to sitting in front of the computer and talking through the screen, but after this time, he felt that his ability to deal with the masses has improved again.