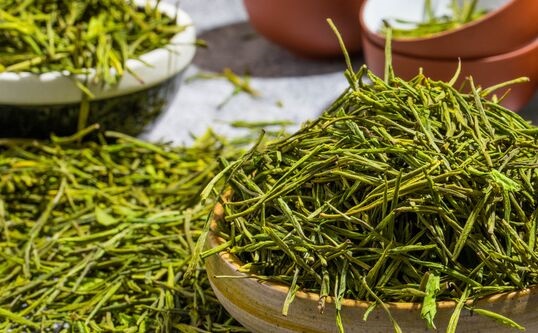 A polyphenol found in green tea leaves, Epigallocatechin-3-gallate (EGCG), may raise levels of the natural cancer-fighting protein p53, a new study led by scientists at Rensselaer Polytechnic Institute shows. Often referred to as the “guardian of the genome”.

Green tea is a globally popular beverage that has been previously researched to have inhibitory effects on several types of cancer, such as breast, lung, prostate and colon cancers.

The chemopreventive effects of green tea on cancer are largely attributed to polyphenolic compounds, of which EGCG is the most important. EGCG makes up 50-80% of the catechins in green tea. One cup (240 ml) of green tea contains 200-300 mg of catechins.

One end of the protein, called the N-terminal domain, has a flexible shape and, as a result, can perform multiple functions depending on its interactions with multiple molecules.

Mutations in p53 are found in more than 50% of human cancers, and EGCG is the main antioxidant in green tea, a globally popular beverage.

“Now we have discovered a direct, previously unknown interaction between the two, which points to a new avenue for developing cancer drugs.”

“Our work helps to explain how EGCG can enhance the anticancer activity of p53, opening the door to the development of drugs containing EGCG-like compounds.”

Professor Wang and colleagues found that the interaction between EGCG and p53 protects the protein from degradation.

Normally, after p53 is produced in the body, it is rapidly degraded when the N-terminal domain interacts with a protein called MDM2. This normal cycle of production and degradation keeps p53 levels at a low constant.

“EGCG and MDM2 bind to the N-terminal domain of p53, so EGCG competes with MDM2,” Professor Wang said.

“When EGCG binds to p53, the protein is not degraded by MDM2, so the level of p53 goes up with the direct interaction with EGCG, which means that there is more p53 with anticancer function. This is a very important interaction.”