In particular, Green Tea Restaurant also passed the listing hearing in early 2022 and disclosed the post-hearing prospectus on March 7, 2022. Prior to this, Green Tea Restaurant submitted listing applications to the Hong Kong Stock Exchange in March 2021 and October 2021, both of which had “invalidated”.

In my opinion, this “failure”,It is not that the green tea restaurant failed to meet the eligibility for listing, but the issuance conditions are not ideal, especially because the frequent epidemics have caused the restaurant’s operation to be unstable, and there is great uncertainty in future growth.In particular, there have been relatively intensive confirmed cases in many places recently, and a large number of people are quarantined at home.

On the other hand, Haidilao will have a loss of more than 4.1 billion yuan in 2021, and nearly 90% of the loss is related to the closure of stores. Under the implementation of the “Woodpecker Plan” in 2021, by the end of 2021, 260 Haidilao restaurants have been permanently closed, and 32 restaurants have been temporarily closed for rest.

Similarly, Xiabuxiabu also recorded a net loss of 293 million yuan in 2021, its first annual loss since its listing in 2014. Xiabuxiabu said that it was mainly due to the closure of 229 restaurants during the reporting period and the provision for impairment of existing restaurants with poor performance.

On March 30, 2022, Xiabuxiabu announced that the second management headquarters of the group has settled in Minhang District, Shanghai, and will gradually launch a recruitment plan for 10,000 employees to start a southward expansion strategy. According to the introduction, Xiabuxiabu plans to open 800 new stores in the next three years, of which Xiabuxiabu will add 500 stores, and Minato will add 240 to 300 stores.

Although Haidilao and Xiabuxiabu have suffered losses one after another, Cantonese-style hotpot Laowang, seafood hotpot chain restaurant Qixintian, as well as Green Tea Restaurant, Yang Guofu Malatang, and Hefu Lao Mian have chosen to sprint for listing on the Hong Kong Stock Exchange. Up to now, Green Tea Restaurant and Lao Wang have both launched sprints to the Hong Kong Stock Exchange twice, and none of them have been successfully listed. 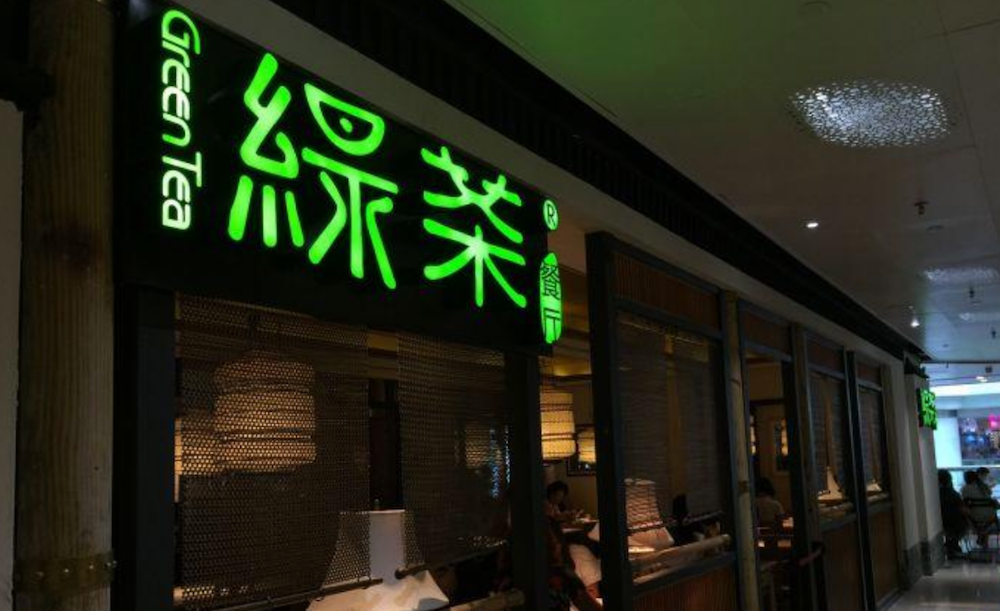 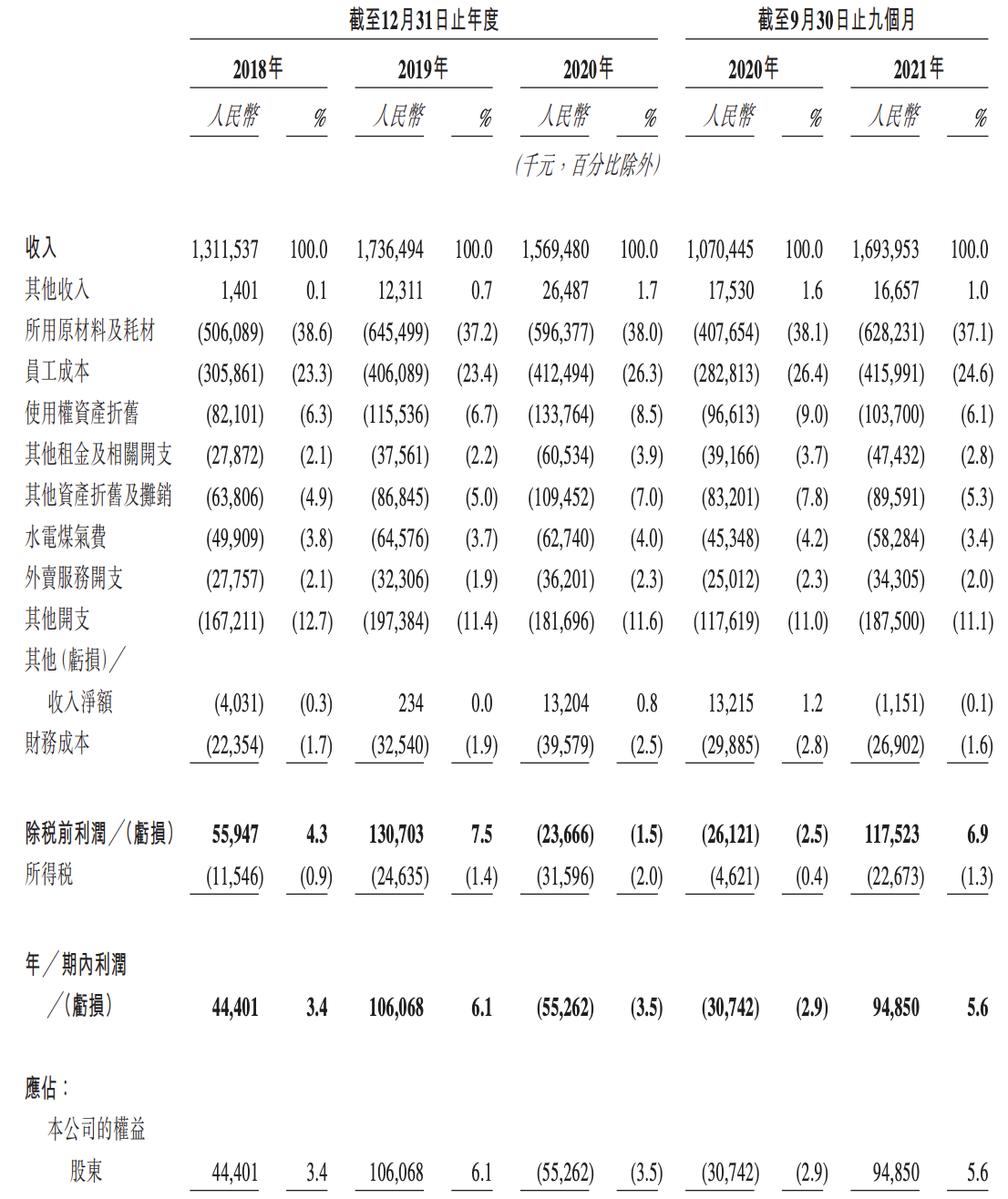 According to the comparison of Beiduo Finance and Economics, in terms of total revenue and the number of restaurants in 2020, the top five are Xibei, Xiaocaiyuan Restaurant, Taier Pickled Cabbage Fish (under Jiu Mao Jiu), Green Tea Restaurant and Grandma’s Home. Among them, Jiumaojiu’s total revenue in 2020 is 2.715 billion yuan, its Taier Pickled Cabbage Fish is 1.962 billion yuan, and it has 233 restaurants.

Green Tea Restaurant’s post-hearing prospectus shows that the company’s revenue in 2021 will be 2.293 billion yuan and its net profit will be 114 million yuan. From this point of view, there is still a big gap between Green Tea Restaurant and Jiu Mao Jiu’s Taier Pickled Cabbage Fish, not to mention the latter’s parent company Jiu Mao Jiu and another major competitor, Xibei.

According to media reports, Wang Qinsong, the head of the green tea restaurant, once said in an interview in 2014, “The difference between green tea and other restaurants is that the table turnover rate is very important. Only when the table is full can you make money. The turnover rate of 4 times a day is to keep the capital. , the maximum is 7 times. 4 times should be a threshold for mass catering, if it cannot be reached, then it may be necessary to consider whether there is any problem.”

In addition, the green tea restaurant Intime Department Store Hangzhou Qingchun Branch once processed the homemade sting head with hot and sour sauce (production date/batch number: 2021/9/13), and the detection value of aluminum residue (calculated as Al in instant jellyfish) was 724mg /kg, the standard is not more than 500mg/kg, which was notified by Zhejiang Provincial Market Supervision and Administration Bureau in December 2021.

In September 2020, the Anhui Provincial Market Supervision and Administration Bureau issued a notice on the unqualified situation of 6 batches of food (35th issue of 2020), showing that the perch (freshwater fish) sold by the green tea restaurant Hefei Binhu Yintai Store, Ennosha The detection value of star (calculated by the sum of enrofloxacin and ciprofloxacin) is 273 μg/kg, and the standard stipulates that it is not more than 100 μg/kg.

Before the listing, the founders of Green Tea Restaurant, Wang Qinsong, Lu Changmei and his wife, and Yielding Sky, Contemporary Global Investments and Time Sonic controlled by them were the controlling shareholders of the company, holding a total of 65.8% of the shares; at the same time, the A round investor Hezhong The group holds a 28.2% stake through Partners Gourmet.

Among them, Wang Qinsong serves as the chief executive officer, chairman of the board of directors and executive director of Green Tea Restaurant, and Lu Changmei is a non-executive director. In addition to Wang Qinsong, the executives of Green Tea Restaurant include Yu Liying, Executive Director and Vice President, Wang Jiawei, Executive Director, Chief Financial Officer and Secretary of the Board of Directors, Zhang Li, Chief Financial Officer, and Tai Fang, Vice President.