The efficacy and role of green tea

The efficacy and role of green tea 2. Prevention of cardiovascular and cerebrovascular diseases Tea polyphenols in green tea can dissolve fat, and vitamin C can promote the excretion of cholesterol from the body. Green tea also contains tea ganning, this substance can enhance the toughness of blood vessels, regular drinking, blood vessels are not easy to rupture. Therefore, drinking green tea regularly can reduce the risk of death from heart disease. 3. Anti-aging In the process of human metabolism, a large number of free radicals will be produced, and cells in the body will also be injured. Superoxide dismutase is a free radical scavenger, which can effectively remove excess free radicals and prevent free radical damage to the human body. The catechins in green tea can significantly increase the activity of superoxide dismutase and scavenge free radicals. Therefore, regular consumption of green tea can play a role in delaying aging.

Efficacy and role of green tea 4. Prevent bad breath The catechins contained in green tea can effectively inhibit cariogenic bacteria and reduce the occurrence of dental plaque and periodontitis. In addition, the tannins in green tea have a bactericidal effect, which can prevent food scraps from multiplying bacteria. Therefore, regular consumption of green tea can effectively prevent bad breath. 5. Improve indigestion If you have acute diarrhea caused by bacteria, you can drink green tea to relieve the symptoms of indigestion. Because catechins in green tea have an inhibitory effect on some bacteria that cause disease in the human body, and at the same time do not harm the reproduction of beneficial bacteria in the intestine, green tea has the function of regulating the intestines. 6. The green tea for teeth and teeth contains fluorine. When Cao Xueqin wrote “A Dream of Red Mansions”, he said that people in Jia’s house used tea to rinse their mouths after eating, and Su Dongpo also recorded that he rinsed his mouth with medium and low-grade tea after each meal. , the purpose is to strengthen the teeth. He didn’t know it was the effect of fluorine, but now the Japanese have figured out that it can not only strengthen teeth, but also eliminate tooth bugs and plaque.

The efficacy and role of green tea 7. Cancer prevention research shows that the organic anti-cancer substances in green tea are mainly theophylline, tea polyphenols, vitamin C and vitamin E; the inorganic anti-cancer elements in tea are mainly selenium, molybdenum, manganese, germanium Wait. Especially caffeine and tea polyphenols, the combined effect of the two not only has the effect of refreshing and restorative, but also has the effect of improving human immunity and preventing cancer. It is said that if you drink 4 cups of green tea a day, cancer cells will not divide, and even if they divide, they will be delayed by more than 9 years. (Jasmine tea has no health care effect, it is just fragrant). 8. The catechins in green tea have strong antioxidant function. Ultraviolet rays can cause the skin to produce a lot of peroxides, making the skin rough and losing elasticity. If you apply tea containing catechins in advance, the content of peroxides (free radicals) in the skin is reduced by more than 25%, so drinking green tea also has a sunscreen effect. 9. Protecting nerve cells The polyphenolic compounds in green tea can protect nerve cells. Polyphenolic compounds can activate factors that support cell survival and inhibit factors that lead to cell death and neurodegeneration, thereby improving nerve cell survival and reducing nerve cell damage caused by acidic substances. 10. Lower cholesterol As mentioned above, green tea can prevent and treat cardiovascular diseases, vitamin C in tea has the effect of reducing cholesterol deposition in blood vessel walls and expelling cholesterol. 11. Prevention of influenza The tea acid contained in green tea can be combined with influenza virus to reduce the infection of the virus to healthy cells. 12. If the caffeine contained in the refreshing tea is absorbed to a certain amount, it will stimulate the organs in the body, especially the central nervous system, heart and liver. A cup of green tea or coffee can help clear your mind when you wake up in the morning or after a long period of sleeplessness. This stimulating and clearing effect comes from caffeine, which means that the normal amount of caffeine in green tea stimulates skeletal muscles and accelerates skeletal muscle contractions. Because of this, drinking a cup of green tea between work can help clear your mind and restore your energy. 13. Radiation protection and eye protection Scientists have found that workers exposed to gamma rays drink 1-2 cups of green tea 2-3 hours before starting work, which can significantly reduce the damage caused by radiation. British scientists found that green tea can effectively reduce the harmful substances such as hydrogen peroxide and nitric oxide produced by ultraviolet rays, which can reduce the damage to the skin. Therefore, drinking green tea while working can reduce the damage caused by computer radiation and protect eyesight. Because green tea is rich in vitamin A and carotene, it also has a certain protective effect on vision. 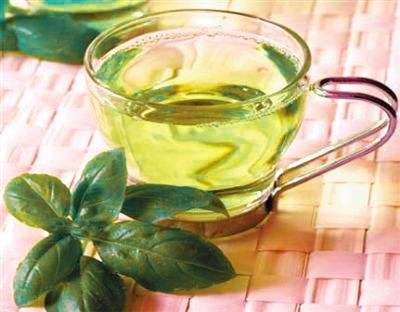 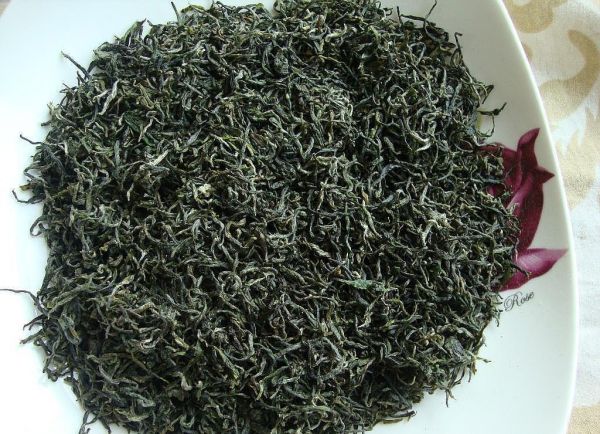