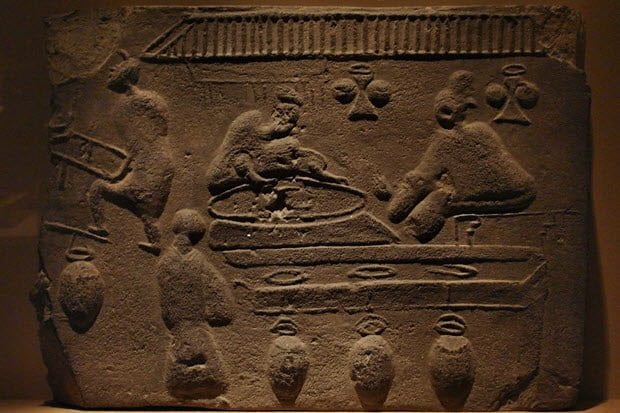 The history of Chinese food dates back to about 5000 BC. Over this vast period of time, Chinese people have developed their own unique way of preparing food. Their ways of identifying ingredients to make perfect combinations, their multi-phased cooking techniques, and their administering of multi-phased flavoring have all been developed gradually. The ancient Chinese had a very healthy diet, and from historical evidence, we can see that farming in China seems to have started approximately 5,000 years ago.

Chinese cuisine is marked by both variety and change. Since ancient times, food has been at the center of social interaction, and many present-day dishes with their varieties of aroma and taste can be traced back to ancient Chinese food traditions. The Chinese have always considered food an art, placing the emphasis on the preparation of food as well as how it is served.
This article has put together 10 of the most popular traditional foods of ancient China. Let’s explore these foods one by one: 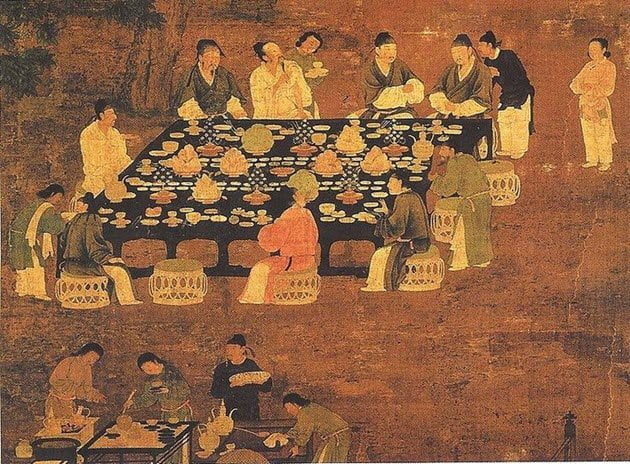 There were not many varieties of vegetables in ancient China, but nonetheless, vegetables were an essential part of people’s diets. When they could afford it, they ate vegetables with their food staple, rice.

The major vegetables during that period were soybeans and cucumbers, and the consumption of soybeans can be traced back to 1000 BC when the soybean became the staple grain in ancient China. The character shu, meaning soybean, started appearing on bronze vessels from the early Zhou period. Soybeans were also mentioned in the fifth century BC in the Analects of Confucius or the Lunyu.

China is regarded as one of the first countries in the world to have made wine. Since its introduction, wine was not just a drink but was also endowed with a spiritual and cultural significance, reflecting social and political life and aesthetic ideas, and cropping up in contemporary literature as well. During the Shang dynasty (16th to 11th century BC), people began to drink wine and used it to worship the gods; yellow rice wine is considered the first of this kind. All other varieties of wine are supposed to have been developed after the Han (206 BC–220 BC) and Tang (618 BC –907 BC) dynasties. Years later, millet wine was introduced and it was a big hit, even more popular than tea.

Sorghum (also known as milo) is known as “the camel of crops” because it doesn’t need much water and grows in soil where other grains won’t. The seed and fertilizer costs for sorghum are also lower than for other grains. The use of sorghum dates back to the Neolithic period. A large amount of carbonized sorghum was discovered from the Warring State Period (475 BC–221 BC) in Shijiazhuang. According to the Genetic Resources Center, “China is the oldest and the largest center for the origin of sorghum.” 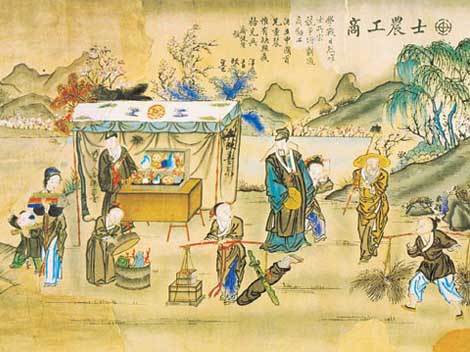 Pork is the most commonly consumed meat in China, among other kinds such as beef, mutton, chicken, duck, pigeon, etc. The Chinese people were eating pork, which was native to China, from 4000 or 3000 BC, but sheep and cattle were not native and reached China from West Asia soon after. As meat was so expensive and because Buddhists don’t eat meat, many people used tofu, or bean curd, in their diet as a source of protein instead.

The history of Chinese tea can be traced back over 4,000 years. The Chinese consider the drinking of tea as an exquisite artform with many customs and rituals attached to it. Tea is the national drink of China at the present time and one of the three most popular soft drinks in the world along with coffee and cocoa. China proudly regards itself as the birthplace of tea as China was the first country to introduce its planting techniques, processing, and drinking methods to the rest of the world.

Tofu, or bean curd, is also of Chinese origin and is made from soya milk, water, and a curdling agent. Being rich in nutrients, low in fat, and high in protein, calcium, and iron, it has been a staple food in Chinese and Asian cuisine since ancient times.

Chinese doctors discovered that meat was an essential food because it was a rich source of protein, but only the wealthy could afford to eat it. To fix this, a law was made that every week, every person living in China would get a free cup of tofu, which was a mixture of soybean and other things like rice to give them the same amount of nutritions as meat would. In China at that time it was difficult to cook on a large scale, so people would break their food into small pieces to cook it. Tofu has also become a popular ingredient in Western vegetarian dishes as well. 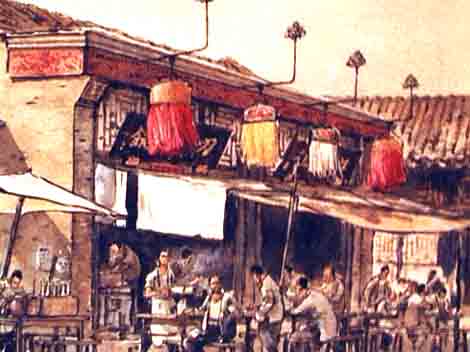 Noodles are also an ancient Chinese food. The history of noodles goes back to as early as the Eastern Han Dynasty (206 BC–220 BC), when noodles became an essential staple ingredient in Chinese cuisine. In ancient times, noodles were made from wheat dough. During the Song dynasty (960–1279 AD) noodles were so popular that noodle shops remained open all night. In the year 2002, an earthenware bowl containing the world’s oldest noodles was found at the Lajia archaeological site in China. 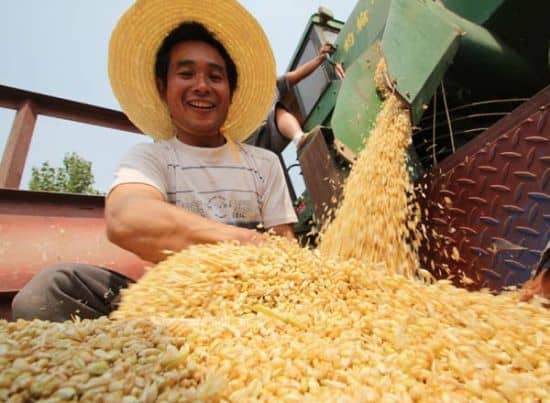 By around 2500 BC, people in China started growing and eating wheat, having previously relied on imports from West Asia, and wheat quickly became the main source of carbohydrate. Ancient Chinese people ate porridge but they didn’t make wheat into bread. The major reason behind this was that the charcoal they used as fuel was too expensive to bake the bread. 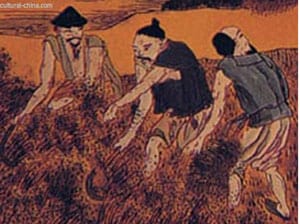 Wheat was not native to China and it took longer to become the main source of food, but people have been farming millet in northern China (where the cold, dry conditions are ideal) since about 4500 BC. Millet grew wild in China and was used as a major source of food even before it was farmed. During the Han dynasty, millet was also used for making wine and later on, millet porridge became a popular foodstuff in northern China.

Like millet, wheat, and other grains, rice is also a rich source of carbohydrate. The history of rice in China dates back to the late Stone Age (about 3000 BC). The farming of rice is considered to have started in Thailand but it was probably Chinese farmers who invented the rice paddy. Rice paddies are the system of growing rice in muddy, artificial ponds.

Since ancient times, rice has been used as a staple in China, and when you think of Chinese food, most likely the first thing that you think of is rice. Even though rice has been grown in China for a long time, in northern China, it was too cold to farm rice so they farmed millet and sorghum instead. People usually cooked rice by boiling or steaming it to make it soft, and rice was also used for making a type of wine called rice wine, which still is drunk in China today.

We can see that China has been rich in food culture ever since ancient times. We can also note that there is a diversity between farming and food production in the south of China and the north, which gives rise to the regional differences in cuisines. Agriculture seems to have played an important role in China’s history, and the agricultural practices of the ancient times played a central role in the political, economic, social and ideological advances of China.